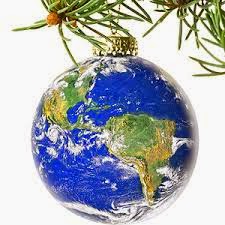 Yes, it's that time of the year - for good cheer and best wishes.  For frenzy shopping, over-indulgence, and phony self-reflection. For happy get-togethers , excessive credit purchases, and merry times all rolled into one gigantic ball of crass consumerism. It's the Christmas holiday season, enjoy!

Now, I may sound cranky and a wee bit down on the whole Holiday scene but as you will see, there is humor in my thoughts as well.

The reason I am down on the holidays is that we are neglecting many very important issues that impact us on a daily basis but go merrily along our way. One of these issues is the environment. I hate to break you the news but the world's survival does not rest on the shoulders of global warming - in fact, the way we are going we will be long gone before we have to worry about warming trends.

The first and most pressing issue is population growth. With 7.3 billion souls currently and an undeniable upward trend that forecasts 9.5 billion by 2050 and 11 billion by 2100 - the earth cannot sustain that many people. There are simply not enough resources - man-made or nature-made - that can support that many humans. What irks me is that the major issue of over population is essentially ignored while we concentrate on minor issues some of which are not even environmentally friendly.

For example - electric cars. From Tesla or Prius, electric cars have no positive impact on the environment. Purchasers of electric cars and certainly the auto manufacturers and certain environmental groups push the notion that electric cars are good for air quality as they have a small carbon footprint vs. gas consuming cars.  Think again. The dirty little secret is that the batteries in all of these autos (and there are hundreds of pounds of batteries in each) must be disposed of into  'toxic waste dumps' at the end of their use. Not to mention the fact that the electricity these cars use is derived principally from coal burning electric power plants.  This negates any environmental 'savings' made over the course of an electric car's life - and in fact, these autos have a larger carbon footprint then gas cars of the same size.

Holiday Joke: A wife asked her car-crazed, motor-head husband what he wanted for Christmas? "Something that goes from 0-to-220 in three seconds flat" he said. On Christmas Day he unwrapped a bathroom scale.

Beef  vs. Cars: Many of us like a good steak or juicy burger every so often, but cows (cattle) on a per pound basis use up much more energy and feed then any other source of animal protein - and it's not by a little, but a lot. In fact, instead of worrying about auto pollution we should move our attention to beef.  Recently researchers in the U.S. and Israel concluded that the environmental impact from cattle farming: including animal waste, emissions, feeding, watering, transporting, and processing gave beef a score of "about one order of magnitude" - approximately 10 times worse for the environment than other meats. Per calorie, it requires 28 times the land, 11 times the water, and generates 5 times the greenhouse gas (GHG) of pork, chicken, or lamb.

Not only is beef gassier than pork, it can generate more pollution than your car! We fixate on car pollution but one pound of beef generates and spews 32 pounds of GHG into the environment! A Camry spews less than a pound of carbon per mile. So, as long as you drive less than 16 miles round trip to lunch, your half-pounder accounts for more GHG than the drive to the fast-food outlet to get it!
So, it may be advisable to eat a little less beef.

Mega Energy Wasters: The biggest wasters of energy are buildings. Commercial and industrial structures, retail outlets, and finally homes.  Progress has been made to address the issue of building energy consumption through the efforts of groups like the U.S. Green Building Council and its LEED Program. LEED is a rating system which ranks buildings based upon their energy consumption - the lower the consumption, the higher the rating.  As a member of the U.S. Green Building Council, in 2010 I partnered with the folks at ScreenTrade Magazine, in developing a LEED inspired energy rating system for movie theaters - called Arboreel . No cinema operators, large or small, from Regal Entertainment, to Goodrich Cinemas, to independent owners would have anything to do with Arboreel. In fact, there was some contempt for the concept in some quarters of the cinema industry.  It wasn't about the cost of becoming more energy efficient (we offered several cinema operators the option to be used as a test case for free)  it was simply the fact that they felt they were doing all things right regarding energy efficiency and consumption and there was little room for improvement - Wow!

Cinema auditoriums are large spaces that are empty or near empty most of the time. The average utilization rate for cinemas is below 20% (meaning that 80% of the time a seat is not occupied while a movie is running).  Cinemas are big wasters of energy and are representative of underutilized space in structures such as shopping malls, office buildings, schools, and most commercial buildings that do not run on a 24 hour basis but need to be cooled, heated, and lit 24/7. 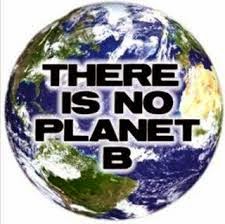 Holiday Joke: Santa Claus, has the right idea: visit people once a year.

I will finalize this rant by saying that the environment, like most complex issues, fosters rampant hypocrisy.  The press would have you believe that environmental conservation is a liberal, progressive cause - but the very word conservation comes from conserve (conservative - or those that do not want change). It's is not a progressive cause but on self-preservative cause. It has nothing to do with political terms, in fact, the farther right on the political scale the more conservative (environmentally) that person becomes until they go full-circle and meet the farthest left liberal - who thinks the same way they do.


Posted by Cinema Mucho Gusto at 9:39 AM 0 comments

Flashing back to 'From Russia With Love' when Spectre was the dark foe that needed Bond's attention, the upcoming (24th Bond movie) will be titled 'Spectre'.  Spectre is the global terrorist organization, created by Ian Fleming, that is hell bent on destroying the existing world powers and replacing them with their own version of evil domination.

So, with this next episode, hopefully, we are going back to a move or less believable story line with neat gadgets and tricked-out super cars (an Aston Martin will appear in 'Spectre') - not unrealistic invisible BMWs and space station romps.  Ah, yes .... a good, old Klebb with her poison toed shoe would be a nice touch.

What's The Holiday's Without Family 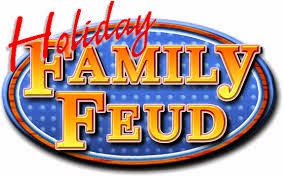 Thought a little humor and soul searching about the family would be good for the upcoming holidays, answer these questions (be honest):

How Does Your Family Get On During The Holidays?
- Family is everything
- We all do our own thing
- We work well together
- There is always drama
- Not so great

If Your Family Won The Lottery, How Would The Money Be Spent?
- We lost the ticket
- On sports cars
- On safari
- Wait list for moon trip
- Other

What Type of Movie Would Your Family Star In?
- Comedy
- Drama
- Action/Adventure
- Fantasy
- SciFi

When asked how many women have sought her counsel regarding sexual assaults by Bill Cosby, high-profile attorney, Gloria Allred stated, "I have literally lost count."

Cosby, 77, has not been charged with any crimes, but the jury of public opinion is not swinging in his direction. The statue of limitations on the allegations has run out - some of the accusations are over 30 years old and would be very difficult to prove. So, is Cosby a saint or sexual predator? Either way it isn't good for Bill - already NBC has scrapped a planned sitcom, Netflix shelved a comedy special, and Temple University, his alma mater, requested he step down from its Board of Trustees.

Nichols - A Man In Touch With His Culture

Mike Nichols, recently died at the age of 83, and although not my favorite director he ranked in my top 10. Known for his iconic films, Nichols was best at defining the personal weaknesses in both men and women. His best films were:

Nichols was always spot-on culturally and made great, memorable, and relevant movies.