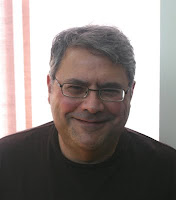 In an attempt to get TV sales back on a positive trajectory - now that flat-panels have saturated the marketplace - TV manufacturers are taking a page from Hollywood's playbook in embracing 3-D and are planning on mass marketing 3-D TVs.

You'll need to wear those pesky glasses to view it and although no pricing has been released, it's rumored Panasonic will market (under its Viera brand) a 50 inch plasma 3-D TV for over $2,000 and charge $50/pair for the glasses (you'll also need to obtain a Blu-ray DVD player). Additionally, Sony has announced that it will be introducing 3-D TV technology through its Bravia TV brand, in Vaio notebooks, and in its PlayStation 3 video game console.

3-D TV works by rapidly alternating between left and right frames of the video being played. Viewers wear glasses that sync with the television via an infrared signal. The right frame is seen only with the right eye, the left frame only with the left eye, creating the illusion of depth.

The movie industry has embraced 3-D and TV manufacturers want to capitalize on this trend. The studios, in turn, are eager to sell 3-D films on Blu-ray DVDs. Additionally, the TV manufacturers hope that promoting 3-D technology with Hollywood will spur TV broadcasters to start offering 3-D programming - however, this would entail major investments in filming and broadcasting in 3-D images. We'll keep you informed.
Posted by Cinema Mucho Gusto at 3:18 PM 0 comments

The Impact Of Pending Climate Legislation On Your Cinema

Climate legislation that is currently winding its way through the U.S. Congress will affect all businesses - so readying your cinema for climate policy changes is prudent. Compliance with forthcoming energy reporting requirements, usage/reduction standards will necessitate a proactive posture in determining your facilities' energy profile.

WHAT IS SURE TO HAPPEN

Whatever is enacted you can be sure it will include reporting energy usage within a specific time frame. This will require tracking and monitoring usage, setting benchmarks, collecting and consolidating data, and then acting upon it. This is the first step in avoiding the inevitable carbon taxes that the new legislation will bring. Additionally, states may tax energy use above what the federal government will enact. For example, legislation may drive up the cost of electricity in those states where coal-fired plants provide power.

The most important thing for businesses to do is to be aware of and plan for the future. If you wait too long to start implementing basic energy measurement and monitoring you might find yourself spending more in the long run.

ARBOREEL GROUP TIPS: What To Do NOW!

These actions are inexpensive and will have a huge pay-off in the future and get you moving on what is inevitable. Contact Arboreel Group for more information.
Posted by Cinema Mucho Gusto at 2:48 PM 0 comments

HOW MUCH DO IDLE APPLIANCES CONSUME?

An idle cell phone charger uses .25 watts. Other items are much worse.

Arboreel Group Tip: SHUT-IT-OFF: it may not be convenient but it is painless and will save money and energy!
Posted by Cinema Mucho Gusto at 2:32 PM 0 comments

Termed - "over-under" - Technicolor's new (but yet to be sold), on film 3-D projection process may well be the formula needed by the cinema industry. Technicolor, owned by Thompson, the French media technology company, is one of the largest processors of movie film - it will process over 3 billion feet this year - but is also the leader in the processing and distribution of digital cinema. In all, Technicolor generates $3 billion in annual revenue - about 45% of Thompson's total.

Principally, because of its high expense, Digital Cinema - which has been available since 2000 - has not been widely accepted by movie theatres primarily because it has no positive impact on boxoffice admissions. Currently there are only 6500 Digital Cinema installations out of a universe of 39,000 total screens in the U.S.

Now, Hollywood has embraced 3-D which requires a D-Cinema projection system. However, this has not moved exhibitors to mass conversion either as 3-D films have not really "pushed" the boxoffice. Through mid-September the U.S. boxoffice - including eighteen 3-D releases - totaled $7.6 billion, only 7.4% over 2008, while admissions were only 35,000 higher!

Recently, however, Technicolor unveiled a system that can exhibit 3-D movies using existing 35mm film projectors - saving exhibitors the expensive investment required for a Digital/3D projection system (about $90,000). Technicolor's belief is that many more screens will convert to 3-D using their much less expensive system.

Rumor has it that Technicolor's 3-D system will be priced under $8,000 and be comprised of a state-of-the-art split projection lens and polarized glasses which when coupled with a split 35mm film frame produces an excellent on-screen 3-D image.

To date, Technicolor has not provided a timeframe as to when their 3-D system will be available.

MOVIES ON PHONES - WHY NOT

mSpot, a U.S. mobile entertainment company, has begun offering full-length movies for streaming to cell phones. In an announcement last week, mSpot stated it has signed deals with Paramount, Universal, and the Weinstein Co. to bring movies to the "tiny screen". Currently, 300 movies are available. Termed, Mobile Movies, they are available (thus far) only in the U.S. on 4 mobile carriers and 30 different phones including iPhones, Blackberries, and Androids.

The movies are streamed directly to the user's phone - and can be stopped and started on demand. A movie downloaded from mSpot costs $4.99. Note: I recommend users have an unlimited data plan with their mobile carrier.

When people view a movie, if they Twitter their critique as they walk out of the cinema their impact is instantaneous. That is called the Twitter Effect. Can it break or boost boxoffice performance? Maybe not yet, but social networking platforms will continue to impact the studios' marketing campaigns. The Twitter Effect came to life after Hollywood blamed Twitterers from panning Universal's "Bruno" which supposedly caused that film's lackluster boxoffice.

To counteract, Sony Pictures, recently created branded Twitter pages for its films. These sites are meant to keep the "conversation" around each film active and updated. Sony has dedicated staffers who manage and measure social-networking activity around their films - manufacturing hype for the film around those all important first three days of cinema release.

As Peter Bradshaw, VP at Nielsen Ratings On-Line stated, "The name of the game for studios is to take full advantage of all the early signals - the buzz - on a film. The downside is a movie can be damaged very quickly". The flow of information on Twitter, and other social network platforms, is fast and their influence - at least for now - unmeasurable.

The latest in electronic recycling is the EcoATM which pays you for used/old electronic gadgets! The EcoATM is a self-serve kiosk that electronically inspects a cell phone, or other device, assigns it a value, and automatically issues a gift card or an in-store coupon. If the phone has no resale value you can choose to re-take the phone, or request that the phone be retained and re-cycled.

EcoATM, a San Diego start-up, is using the Nebraska Furniture Mart in Omaha, as its first test site. The company plans to install kiosks at wireless stores, as well as, big-box retailers beginning in 2010.

EcoATM's will be able to recognize phones, MP3 players, digital cameras, notebooks, printers, and storage devices, and rely on a camera-based system that detects wear, cracked screens, missing keys, etc. to determine the device's value. If it's not worth anything, users can still get a free gift - such as a waterproof phone case. Retailers get the EcoATM installed free. Obvious incentives include: reward tie-ins, increased foot traffic, and eco-cachet for your cinema. Eco-cachet is a term I coined to dsscribe the consumer goodwill afforded businesses that embrace green initiatives.

Consumer convenience is important to solving the huge e-waste issue and the EcoATM is a great way for cinemas to participate. The EcoATM is aimed at the growing problem of e-waste. In the U.S. alone, over 100 million cell phones are thrown away each year.

For more information, contact us.
Posted by Cinema Mucho Gusto at 4:11 PM 0 comments

This is the first Cinema Mucho Gusto Digital Cinema Bulletin. It is a new service for clients that have purchased a Digital Cinema projection system or have expressed interest in doing so. Each Bulletin will provide timely and pertinent information on D-Cinema and 3D technology, relevant industry news, and provide recommendations on new and existing equipment, products and services.

THE 3D OPTION - This Bulletin is devoted to discussing 3D Systems:

- All 3D Systems are optional additions to any Digital Cinema System.

- Currently there are five 3D Systems available. However, we consider only the Dolby, Master Image and Real-D to be viable purchase options. For a "Comparison Of Existing 3D Systems" - entequip@aol.com.
- We believe that the 3D movie presentation provides the impetus for the purchase of a Digital Cinema System, as having the 3D option enhances boxoffice attendance and additional concession sales.

- Early adopters of the 3D option may benefit at the expense of other movie exhibitors which do not offer a 3D presentation. However, we believe over time this competitive advantage will abate as:

- Outright purchasing of equipment - Dolby 3D
- Royalty deals:
- Real-D - 10 years exclusive with a Royalty paid to Real-D on each 3D
admission
- Master Image - $5,000+ either 45 cents/ticket sold for 5 yrs. or
$600/month for 5 yrs.
- Leasing:
- There are a number of leasing companies willing to finance D-Cinema/
3D equipment purchases - call for information.

Posted by Cinema Mucho Gusto at 10:55 AM 0 comments