Last Wednesday it was comedy night at 'Downtown Bar NYC' and Kelly Bachman was one of the headliners. Before taking the stage, Bachman eyed Harvey Weinstein in the audience and she decided she could not perform without calling out Harvey.

"I'm a comic, and it's our job to name the elephant in the room, do we know what that is? It's a Freddy Krueger in the room if you will. I didn't know that we had to bring our own mace and rape whistle to an Actor's Hour (the sponsor of the event)".

In a subsequent interview, Bachman stated that after 'spotting' Weinstein in the audience her reaction was, "Are you kidding me. Weinstien is not in jail? I freaked out and debated whether to go on stage or not. Then I thought, I'm going to have to say something. It is better to speak out than not to speak."  Bachman went on to say that she "thought we had all agreed that Weinstein was a villain, so why should I still find myself in a venue, in so-called progressive Manhattan, where young artists are welcoming him."

Well Kelly, that's a question CMG can answer. Money! Actor's Hour got paid a lot for reserving space at their event for Weinstien. And, young and up-and-coming comedians and actors are so driven for acceptance that they won't to anything that may be controversial or harm their move up the latter of success.

Good for you Kelly. You deserve accolades and kudos from all corners of the entertainment industry, bar none. There is no forgiveness for Weinstein. No contrition. No atonement, He needs to be punished and ostracized forever. Time shouldn't heal Harvey's crimes nor should they be forgiven. 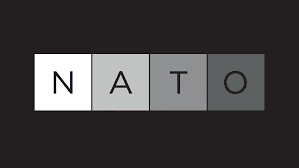 Apple & Disney : What Could Have Been 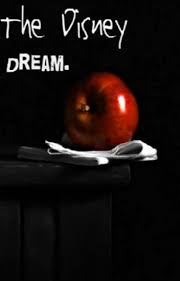 If Steve Jobs' untimely death at the age of 56 hadn't occurred he would be running Disney right now and it would be a totally different company.

So says Bob Iger, current Disney CEO, in his new book, "The Ride of a Lifetime". Apple and Disney wound-up having a great relationship. Iger explains that he had a very close relationship with Steve Jobs. That relationship took some work on Iger's part as Jobs' relationship with Michael Eisner, Iger's predecessor as CEO of the Mouse-house was very dicey, at best, after Eisner ruined Disney's relationship with Jobs by destroying Pixar's partnership with Disney.

Iger rebuilt the Apple/Disney trust and in October 2005 both Jobs and Iger stood on stage to announce that five Disney shows - including two of the most popular TV shows, 'Desperate Housevives' and 'Lost', would now be available for download on iTunes.

The relationship grew, and a few years later, Disney purchased Pixar from Apple for $7.4billion and Jobs took a seat on Disney's board of directors. That seat was passed on to Laurene Jobs, Steve's widow, upon his death.

I believe Disney would be a different entity if a merger between the two companies had taken place. Jobs would have been CEO, as Apple is a much richer company than Disney, and he would have taken the new Apple/Disney into the streaming content industry, perhaps even acquiring Netflix.

Disney would have been a piece of the much larger entity where innovation is paramount to continue prosperity - which is the Apple (Jobs) credo.