Riddick: On a Roll

Syfy for thinking people - that may be the best way to describe the Riddick movies, the third of which debuts on September 6th.

Riddick (Richard B.) is a fictional antihero and a 'whatever it takes' survivalist who winds up in very hostile environments and situations.  Riddick is a Furyan, a descendent of a warrior race which has been rendered near extinction.  Riddick has the ability
to see in the dark but his eyes, which are very light sensitive, require the use of protective goggles in normal light.

Launched in 2000 with the movie Pitch Black, and a sequel, The Chronicles of Riddick in 2004, Riddick has become a syfy cult figure and the upcoming third episode (entitled simply Riddick) is anticipated to be a box office blockbuster - I'm predicting a $70 million opening weekend even with a 'R' rating.

Vin Diesel, who portrays Riddick, is on a box office streak coming off this summer's earlier huge success of Fast &Furious 6 (F&F 7 is due out next July).  David Twohy (insert) has scripted and directed all three Riddick episodes. He was interviewed recently.

CMG: David, you have been quoted as saying you prefer the 'R' rating over the 'PG-13", why so?

DT: If you make it PG-13 then you have to make concessions, and that's what happened on The Chronicles of Riddick where we had to downplay a lot of our action sequences and remove a lot of the blood.  We found it was tying our hands, so we vowed not to do that again.

CMG: Why doesn't the new Riddick film take up where the Chronicles left off ?

DT: Had Universal said to us, "lets roll over, lets pick it up right at the end of the last movie" and funded it, we would have ventured into the Necromonger universe and we would have had a big The Lord of the Rings style movie. But that  didn't  happen, so cleverly Vin and I got the rights back and produced it ourselves on a smaller scale.  That said, it still looks like a big movie.  I think the audience will see the tip of the hat to Pitch Black, but they won't feel claustrophobic.

Makeup Can Make or Break a Role
﻿

Makeup can make or break a role.  Changing the actor into someone/something entirely different from their 'real' look.  If done well, makeup can lead to a big box office gross and/or accolades from peers, press, and public. Sometimes lost is the process, makeup provides the real fantasy vs. the special effects of a film. And for certain genre, like syfy, horror, and period pieces makeup makes the movie.  Appreciate the art of the makeup artist next time you're at the cinema.

The Butler - A Lot of Hype But No History
﻿﻿﻿﻿﻿﻿﻿ As they have done over and over in the past, the Weinstein Company tried to drum up free buzz for The Butler by making a huge deal out of the fight for the use of the title - "The Butler" (which was used by Warner Bros. in a previous film from the 1940s). Remember the recent fuss the Weinstein Company put up over the audience rating the MPAA give to The Bully. It was an "outrage" shouted Harvey Weinstein, "that the youth of American could not view the film because of its R rating." It finally got the PG-13 rating wanted but for all the hoopla The Bully has only grossed $3.4 million to date.  It's like the boy who cried wolf, after awhile nobody listens to the Weinstein wails.

Having said that, The Butler, as a movie, is a cliché. It offers no new perspective as it journeys through the life of Cecil Gaines, a civil service employee that worked as a White House butler through 6 U.S. administrations (Ike's, JFK's, LBJ's, Dick's, Jimmy's, and The Gipper's).  Forest Whitaker's portrayal of Gaines is a mix of Hank's Forest Gump and Seller's Chance the Gardener.  A middle-class family man dedicated to a cause (his job) which is disrupted by outside forces he can not control.

The Butler tries to cover too much history, resulting in a film that is peripheral to the issues it raises.  For example, Gaines is only marginally involved in the civil rights movement and to believe that President after President would ask a WH Butler for advice on complex domestic issues and seem to be awe inspired by the very humble advice given by Gaines is ludicrous.  I can't imagine Ike, JFK, LBJ, or The Gipper asking a butler for advice on any issue of national importance. Jimmy Carter was left out of The Butler, I guess the only civil unrest under him was taking place in Iran with the U.S. hostages and I guess Cecil didn't have any answers to that dilemma.

Regardless of the 'expected' Weinstein hype, The Butler, to be fair, is a decent drama but it brings very little historic reality to the screen.

2015 Could Be The BIGGEST Box Office Ever 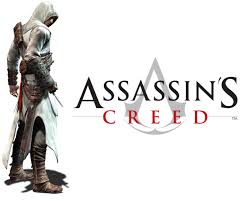 In looking out at what is in production it struck me that 2015 was shaping up to be the year of the blockbuster - as it has a very heavy slate of  'sure thing' sequels of franchises that never stop giving.  The 2015 lineup includes:

'One step too slow' may be a euphemism for aging athletes but not for Hollywood  oldsters. Cosmetic surgery, physical trainers, personal chefs, and constant pampering makes for a long and rich acting career. 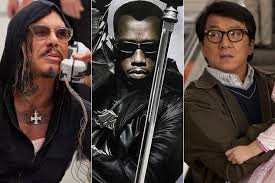 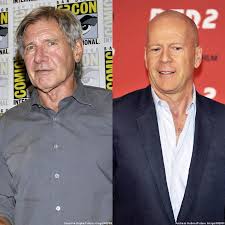 No movies could be more exemplary of this than The Expendables - a brain-child of Sly Stallone (67), this series of films depicts a group of supposed over-the-hill mercenaries (most with phychological baggage) that take on assignments with improbable odds for success. The Expendables 3 is now in production but ran into a road bump last week, as Bruce Willis (58) walked away from the film after Stallone (who co-produces and co-writes the films) refused his demand for $1 million/day for four days work.  Willis was offered $3 million for the four days but refused.  Stallone then tweeted that Willis "was greedy and lazy - a sure formula for career failure". Willis made no response.

Willis, however, was quickly replaced by Harrison Ford (71) who will be joined by new Expendables Jackie Chan (59), Nicolas Cage (49)  and Wesley Snipes (51) for the August 2014 release of The Expendables 3. Mel Gibson (57) and Steven Seagel (61) are also rumored to have roles.  Returning will be Stallone along with Arnold Schwarzenegger (66), Jason Stratham (46), Jet Li (50) , and Mickey Rourke (61). The Expendables 3 has a production budget of $90 million, which is cheap given the fact that the first two Expendables films grossed over $600 million.

The addition of Harrison Ford was a bit of a surprise. An actor of with a long (over six decades) and very lucrative career, he was given the Actor of the Century Award by the National Assoc. of Theatre Owners - as his films grossed more revenue than any other actor. In addition to the Star Wars (it is rumored he will return as Han Solo in the upcoming Disney Star Wars film) and Indiana Jones sagas, think Blade Runner, Jack Ryan in the 'Patriot' films, The Fugitive, and on and on.


The Expendables, like Red 1 and 2 (currently in release), may hit a mental chord with baby-boomers - a "we can still cut it' sense of  bravado.  Nonetheless, in Hollywood, at least, 70 may be the new 40 (for male actors anyway).  Hey, this is Hollywood, where anything can be made to be believed.
Posted by Cinema Mucho Gusto at 6:58 PM 0 comments

Will Wonder Woman be the next BIG Superhero?

Why not! It seems that Warner Bros. agrees with me, in fact, they are planning a 2017 release for Diana, the Princess of Themyscira (aka Wonder Woman).

Warner's would be remiss if they didn't push Wonder Woman's superhero status given the success of female leads in fantasy films of late.  Tomb Raider grossed over $430 million, Hunger Games has surpassed $690 million with two episodes to go, Resident Evil,  is a $1 billion franchise with 5 films, Underworld's four films have grossed over $500 million, and the list goes on.  Female superheros are everywhere and Wonder Woman - the most well known and popular female superhero of all - deserves (no, demands) a solo movie.

Conceived by William Marston in 1941, WW is an Amazon warrior princess, gifted with a wide-range of superhuman powers and skills who battles for justice and equality.

Warner Bros. DC Comics Entertainment Head, Diane Nelson told CMG that Wonder
Woman is "one of the top three priorities" among the studio's comic-book roster. "We have to get her right, we have to. She is such an icon for both genders and all ages and for people who love the original TV show and the people who read the comics now."  That reference is to the current $100,000 per month in sales for the Wonder Woman comic which has been in publication since the 1950s.

Wonder Woman is a known brand with proven staying power and success over six decades in a variety of different mediums.  A full-length feature is what is needed to spur this superhero on to her rightful place in fantasy land history.

Who would play Wonder Woman? A-lister or new face?  I'm thinking 'newer' face but with a track record.  A good actor who is believable in the role and has a commanding screen presence. Any suggestions?

For the first time in history, during 2013, time spent viewing digital media will surpass time spent watching TV programming. The average adult will spend 5 hours per day on-line or with other digital media as compared to 4.5 hours of TV viewing.

U.S. adults (over age 18) will spend, on average, 2hrs. 21 minutes per day on non-voice media activities, including mobile internet usage on phones and tablets and an additional 2.5 hours viewing other digital content such as DVDs or videos via streamers such as YouTube or via pay-per-view content.  It's scary how much time we all spend on the web or viewing TV shows.  Is there something more productive we should be doing?  Hmmm ..... Ok, what?  Much of the on-line stuff could be work related - emails, texting and such.  TV, on the other hand, is escapism - watching sports, reality shows, sitcoms etc. I don't know how you classify the social networking of  YouTube and Facebook but it sure takes up a lot of time.  Blogs are a whole other beast as are video games. There is no right or wrong to it. It is just what we do.

Most Watched Made for TV Movies in 2013 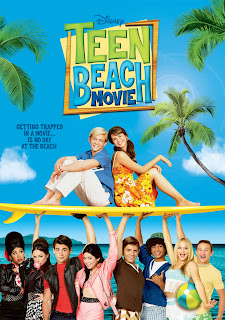 Yes, believe. The Disney Channel's July 19 debut of Teen Beach Movie drew 8.4 million viewers, making it the most-watched original movie on cable TV this year. This level of viewership would equate to a cinema box office gross of about $75 million. Listed below are other 'small screen' blockbusters so far in 2013 and their viewership on their debut:

The Lifetime Network seems to have their finger on the pulse of what cable viewers are tuning onto for movie watching, their original productions thus far in 2013 would have equated to a cinema gross of over $204 million with 22.7 million viewers.

Cinema operators beware: It is imperative that your movie presentations surpass anything that can be viewed on a TV screen - both picture and sound. Don't try to just get by with a mediocre presentation to save a few dollars, it simply won't work in the long run - the competition is far too great.