Bad Auditorium Sound - It Could Be The Audience

Sound tests and room equalizations are performed in unoccupied auditoriums. That, however, is not how the sound within the auditorium would be heard, because having an audience can make a huge difference in the sound.

It is debatable as to how much the audience impacts the sound but it does impact it. As the sound in an occupied auditorium is different than one unoccupied.

First, there are acoustic changes due to the sound absorption introduced by the audience.

Second, there are transmission changes to the sound patterns (direct and reflected) caused by the audience absorption and associated temperature and humidity changes.

Third, ambient noise increases due to the audience itself and the accompanying chatter, movement, laughing, eating, etc.

Although all of these affects are known, there has been little written or discussed about them within the context of cinema sound issues.

People are very sound absorbing. How much they absorb is open to debate as it depends on the activity and posture of the person, as well as, if they crowded together or spread throughout the auditorium? Also a group of occupied seats in one auditorium will not sound the same in a second auditorium. It's also a fact that people absorb more mid and high frequency sounds than low  - particularly when sitting in upholstered seats.

So, it is easy to see that the introduction of large sound absorbing objects (people) will have a big impact on the sound within the auditorium. Introducing an audience into a space has a complex affect on the sound in terms of reverberation and reflection.

The next time your viewing a movie in a crowded auditorium it will sound very different if you viewed that movie two weeks later is a sparsely attended screening - and that difference will be substantial.

Posted by Cinema Mucho Gusto at 11:04 AM 0 comments

Cinemas Turn On The Lights 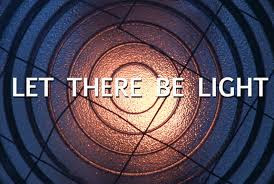 How does a cinema determine when to turn the auditorium lights off and on when screening a movie? Do cinemas have any appreciation for the film when deciding when to flick the on/off light switch? Or are they just robotic in their care for the nuances of each movie they screen.

By law, cinemas must have adequate lighting for moviegoers to see where they are going within an auditorium - pre, during, and post screening. Most cinemas have lights up until the trailers start then they switch to half-up, when the feature starts lights, normally, go off except for aisle and exit lights.

Now, the vast majority of cinemas have automated lighting and dimmer systems interfaced to the projection system, so rarely does a human exercise discretion over the lighting on/off or dimming.
There is a credits off-set time on the actual hard drive the movie arrives on and which is ingested into the projection server.  The cinema places a cue in their automation system, which will bring down or up the lights at a precise moment in the presentation.

No two lighting systems are going to be the same from cinema to cinema and when many of today's films have med-credit and post-credit sequences when to bring up the lights is iffy.  For example, Marvel movies feature multiple post-credit sequences which set-up the next sequel in the superhero series. Many comedies have blooper scenes that run after the feature is over. However, lights will normally come-up automatically for those moviegoers wishing to exit the auditorium right after the feature ends.

So far as I know, no cinema has separate lighting policies for different genres of film - they simply set the cue according to their on-going practice. It is the policy of each cinema, guided by law, that set the lighting rules.

Stay in touch,
Jim Lavorato
Posted by Cinema Mucho Gusto at 11:24 AM 0 comments

What's Next? For the Movie Industry

The third 'Thor' killed it, with a $118m opening as the first 'holiday hit' and broke the box office slump which only had 'IT' to look back on. 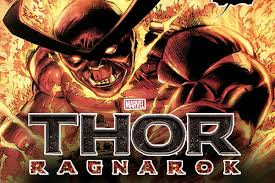 'Thor:Ragnarok', a Disney/Marvel product was welcomed by moviegoers with open arms and Disney must be credited with excellent pre-promotion of the film - which hooked in fans. Hoorah!

As we're all aware, there are profound changes going on in the movie industry as it tries to find itself. In the throngs of a diminishing release window and competition from all sides the movie industry, particularly exhibition, knows that what worked in the past is no longer of value today. Compounded by a lack of big name blockbusters and Hollywood sexual revelations the U.S. box office is down over 5% from last year.

What is needed is good product to 'draw them in' and an engaging experience once at the cinema. Disruptors, like Netflix, plague the industry by not only buying new product for their platform but also producing there own content. So, if you can't beat'em join 'em. Movie exhibitors should consider deals with Netflix to screen day-and-date with Netflix releases. 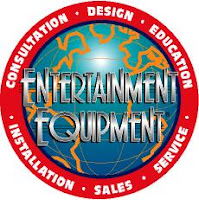 In addition, cinemas should be considering:

- Hooking-up with Netflix on their serial productions. Screening an episode each week of the most popular Netflix originals.

- Work with the studios on tiered pricing for films. Charging more for the 'biggies' ala 'Star Wars' or 'Thor' and less admission for marquee fodder. The day of the one-price-fits-all movies is OVER.

- A monthly admission is also worth exploring.

-There are still many engaging genre films but they are not promoted properly. Concourse Media's new Mediabill and Playbill in partner with exhibitors is a good first-start and should be expanded upon. This is particularly true for Horror films which have always been good grossers.

- It's not a question of not enough product it's a question of promotion (the studios) and fulfillment (the cinemas). Consumers need to be engaged- the need for entertainment must turn into a want to go to the local cinema