Exhibitors FINALLY Get Smart ... and Unite

Motion picture exhibitors have finally joined forces by forming a global alliance to address major industry issues that have been impacting them for decades. Long in coming, this type of collaboration attests to the slow, myopic nature of the cinema exhibition industry and the ineffectiveness of their trade groups.

However, at last, in an effort to present a united front a group of exhibitors has formed the Global Cinema Federation (GCF), a new group that will represent many of the world's major cinema operators.

Membership is open to all exhibitors with at least 250 screens and the national trade associations. Smaller exhibitors will be allowed to support the Federation and will be kept abreast of all of its activities and developments.  The first meeting of GCF was held during the recent annual CineEurope Convention in Barcelona and will meet again during CineAsia and CinemaCon.

Facing a diminishing distribution window, internet content streamers, piracy, poor studio relationships, and ever improving home entertainment cinema exhibition does not portend a rosy future - hopefully the GCF will provide a much stronger voice on behalf of the global exhibition community. Alegendro Ramierez Magana, CEO of the Cinepolis Cinema Group, and one of  GCF's prime movers, told CMG, "we are still working on the exact role of the Group and developing our positions on key issues, lobbying role, and education."

CMG wishes all the best to the Global Cinema Federation but believes it is too little - too late. A group such as this should have existed decades ago when they might have had some clout. Now we are too far down the road - there is no stopping the internet streaming juggernaut and no real strong cards for exhibitors to play.

The Japanese love cuteness, and what is cuter than 'Hello Kitty', the ubiquitous Kitty that is recognized globally. So, it's natural that, for the first time ever, Hello Kitty will be promoting a movie - that being the new 'Wonder Woman'.

The 'Wonder Woman' and 'Hello
Kitty' tie-in is for the scheduled opening of the movie in Japan on August 25th. Sanrio, the owner of 'Hello Kitty', designed a custom superhero costume for Kitty - with red, blue, and gold detailing, high-boots, and a Lasso of Truth.

'Wonder Woman's' director, Patty Jenkins, is a big fan and collector of all things related to 'Hello Kitty' and approved of the collaboration as did Warner Brothers, Wonder Woman's production studio and distributor.

Tickets have already gone on sale in Japan, and each advanced ticket purchaser will receive a Wonder Woman and Hello Kitty rubber key-chain or limited edition reproduction of the first Wonder Woman comic book which appeared in 1941.

The Cinema SCOOP by Seymour Flix

The new global coalition (comprised of 30 entities) has been dubbed the Alliance for Creativity and Entertainment (ACE) with the goal of reducing the prevalence of online piracy. The group plans to conduct research, work with law enforcement, and engage with companies responsible for the internet ecosystem, such as Google and other ISPs.

ACE brings together a group of companies which normally compete fiercely with each other: Amazon, the BBC, Bell Canada, CBS, HBO, Hulu, Lionsgate, MGM, Netflix, Universal, Fox, and Disney to name several of ACE's participating members.  The group brings a level of cooperation as yet unseen between these diverse content producers and distributors.

Content piracy has been rampant and getting worse, despite great efforts to stem its growth by such groups as the Motion Picture Association of  America.  In 2016, internet users streamed over 100 billion pirated productions.

It was a busy week for acronyms in tinsel-town, as in addition to the ACE coalition, in a show of unity to foster its goal to cut carbon emissions, the major movie studios teamed-up to form the Green Production Guide (GPG).  All of the studios were front and center for this green initiative: Amblin, Fox, Disney, Universal, Paramount, Sony, and Warners are all committed to collaborating with GPG.

Now, the GPG includes the Production Environmental Actions Checklist (oh yes, PEACH).  The goal of PEACH is to have movies and TV shows be awarded the Green Seal, which denotes the productions level of  "green-ness".  This Green Seal is given based upon the Production Environmental Accounting Report (you guessed it, PEAR), a carbon calculator which computes a production's carbon emissions.

On their face, both PEACH and PEAR appear to be good initiatives because, as we all know, movie and TV production has not been very environmentally friendly here-to-fore. Good luck Hollywood.

Yours,
Seymour
Posted by Cinema Mucho Gusto at 7:41 AM 0 comments

"Going To The Movies" - What Does It Mean To You

The phrase 'Going to the movies' is uniquely American yet global in use. 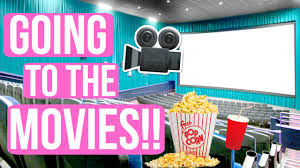 People, in the U.S., don't go to the movies as frequently as they once did as many have turned into homebodies.  TV technology and content streaming to all manner of personal device have given rise to viewing only the cream-of-the-crop at the megaplex.

To counteract this trend cinema operators are upgrading seating, improving and expanding concession offerings, and exhibiting the best in viewing entertainment with big screens and big sound. In turn, the studios have morphed into generators of  big budget and big risk blockbuster sequels, prequels, and reboots.

The megaplexes of the '80s and '90s are becoming passe' - huge structures that demand a continuous volume of product to fill their screens. Fully reclining seats and table service at your seat of food and drink is the new megaplex normal.  But, one must keep in mind, that there ain't no home screen wide enough, and there ain't no home sound big enough to ever replicate the full sensory immersion of 'going to the movies'.

'Going to the movies' is a ritual that has been honed over the decades. Most people can remember the first movie they viewed at a cinema - it was a coming of age event. In many cases, 'going to the movies' was one of  the first venues that many parents allowed their children to frequent without them.

'Going to the movies' is still the universal 'first date place'.  It is also the place where our inner likes and dislikes play themselves out - horror movie devotee, superhero addict, rom-com watcher, tear-jerker aficionado - there is a film genre for everyone.

People go to the movies with others to have a shared experience - that can be discussed and debated. 'Going to the movies' is still exciting - the sharing of concessions, the dimming of the lights when the movie starts, the anticipation of being swept away into a story.

There is nothing like 'going to the movies' and that experience is here to stay. It's unique because it is personal yet communal and enjoyed by all.

Posted by Cinema Mucho Gusto at 10:13 AM 0 comments

Yes, the word from the medical industry (at least some in it) believe that Netflix, Amazon Prime, Hulu, and other entertainment content internet streamers should come with a health warning label.

According to the American Academy of Sleep Medicine (AASM) , if you are staying up way past you normal bedtime because you wanted to get through a season of your favorite TV series you are putting your health in peril.

Binge-watchers that fail to get enough sleep are in danger of suffering deteriorating "mood and cognitive abilities" stated the AASM last week.  In very bad cases, sleep deprived viewers are at risk of being "in a workplace accident or drowsy-driving crash!"

This is great news for cinemas. No binge watching there. And no 2am showings. The AASM recommends that adults get, at least, seven hours or more of sleep nightly.  The AASM, whose members comprise sleep professionals and doctors, said it's unwise to scrimp on getting the adequate amount of sleep no matter how compelling the entertainment.

You can stream your favorite shows in moderation. "responsible binge-watching is the way to balance your personal entertainment with you health and well-being" recommends the AASM. The group gave the following tips for binge-watching:

Binge viewings is bad! Nuf said.  Movies in cinemas are good for your health. Ok, we won't get into the concession part, but dang, going to the cinema is exciting, uplifting, and a healthy form of entertainment.
Posted by Cinema Mucho Gusto at 4:16 PM 0 comments

The exclusive release window for movie theaters is under siege - and from all quarters. 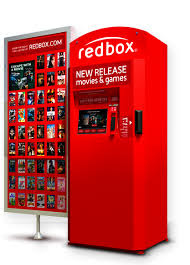 Last week Redbox, which operates the red DVD kiosks seen in supermarkets, malls, drug stores, etc. inked a deal with Warner Brothers whereby all Warner movies will be available for rental at all Redbox kiosks just seven days after their retail sell-through date.


Despite the decline in overall DVD sales, Redbox movie rentals are still very much in demand.  This year it plans on installing 1,500 new kiosks across the U.S. which will bring its total 'rental boxes' to over 40,000!

Prior to this deal, Warner Bros. movies were on a 28 day delay before Redbox was permitted to rent them.  Currently, Lionsgate and Paramount have a 16 days deal. Redbox has no current deal with Sony or Disney and must purchase their DVDs in the open market. Redbox charges $1.50 per day for a regular DVD and $2 for a Blu-ray rental.

Outerwall, the parent company of Redbox, was purchased last fall by Apollo Global Management for $1.6 billion.  In addition to Redbox, Outerwall consisted of Coinstar and ecoATM.

Redbox has carved out a niche for itself in the movie distribution business and has been very successful, thus far.  Although content streamers like Netflix and Amazon have been very successful there are still millions of people who don't subscribe and still rent out DVDs. Redbox has no really competition in the DVD rental business.
Posted by Cinema Mucho Gusto at 7:09 PM 0 comments