Will the Biden/Harris Administration be a good friend to the cinema industry?  Many in H'wood believe this will be the case.

Both Joe Biden and Kamala Harris are long-time supporters of the film industry and the H'wood elite were huge backers and, more importantly, big donors to Biden's election.

The Dems spent over $4.6b on the Presidential election - a record, and twice as much as the previous election cycle. And, a good portion of those contributions coming from Hollywood, Silicon Valley, and Wall Street. However, of this triad of large givers only H'wood has taken a major hit due to the pandemic.

Biden is well aware of H'wood's suffering and the great cultural contribution it makes, as well as, the significant employment numbers it carries - 2.1 million direct jobs nationwide. Both of these facts will not go unrewarded by the Biden Administration.

H'wood has traditionally enjoyed a close relationship with Democratic administrations but I think the Biden White House will be less huggy-feelly and more pragmatic given the impact of the pandemic and the current significant divide between Republicans and Democrats. Biden will be an ally to the industry.

The cinema industry as one of the most severely impacted and remains so. Let's see what the Biden Admin. can do to get the industry moving and get moviegoers back into theaters.

Posted by Cinema Mucho Gusto at 10:15 AM 0 comments

Anyone who has read my articles knows that for years now I have predicted that cinemas and online streaming of movies would eventually go day-and-date. However, I never envisioned it would take a pandemic to spur-on this change - 2020 has forever changed film making, distribution and exhibition.
My new prognostication is that cinemas move to a tiered admission pricing structure - having different admission pricing dependent upon the movie being screened. Blockbuster tentpoles premium priced while lesser films a regular admission price. This simple tactic will get more people back to the cinema again and would keep them coming back. 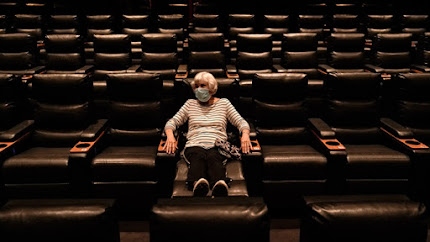 The rise of streaming services, which received a huge boost as viewers were forced to stay home, placed added pressure on the old, ironclad theatrical release window. Cinemas were forced to close and the studios had to completely recast their release schedules - moving dates out years and sending some production to streaming services or digital rental platforms. That widened the cracks that were already present in the release window's panes resulting in a total rethink of movie distribution.
As cinemas reopen they are realizing that their bargaining power has been lost. For example, if they wanted to screen 'Wonder Woman 1984' they had to accept a very shortened exclusive window. Rebuilding the Theatrical Model Both the studios and exhibitors know that the 90 day exclusive release window is now history. What remains is a studio-by-studio negociation for release rules and, I believe, it will be a film-by-film model. For example, 'Fast and Furious 9' would warrant a longer window than a lesser film. I don't believe that the major blockbuster films will go day-and-date that often. However, the exclusive window would be weeks and not months.
Universal has worked out a deal with AMC, Cinemark, and Cineplex whereby the exhibs will get a piece of the digital profits of certain films to compensate for the shortened release window. This may be the best scenario for all concerned. 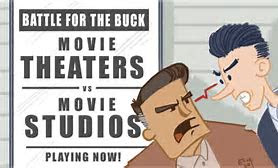 Consumers are now used to viewing films in the comfort of home-viewing, but there is a tremendous pent-up desire by people to get out of their homes and experience the full scale and impact that only the silver screen can bring. This is where the tiered pricing comes into play. Consumers are now used to paying a low subscriber price for their movie viewing - mostly in the $10-15/month range for any of the streamers. Cinemas will not be able to have a one-price-fits-all for films. They cannot charge, say a flat $12 (or $20 in NYC and LA) to see any film on the marquee - that model justs doesn't work any more. The COVID pandemic, in the long-term, may turn out to have been a good thing for the cinema industry if you agree that the changes it forced were going to happen in time anyway.
Posted by Cinema Mucho Gusto at 12:30 PM 0 comments