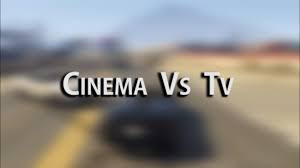 The tech pushing home entertainment has exploded over the past five years - but the TV still can't compete against movie theaters. TVs equipped with 4k, HDR, 3D, and direct streaming are still not the best way to view movies.

Making a movie today is all about time and money - and the more you have of each the better the movie gets for playback at the cinema. Today's special effects are far superior than those just five years ago and they are advancing in realism each day - but, it's also the 'look' of a cinema movie.  TV images have gotten very sharp and the color resolution very distinct, perhaps too sharp vs. the slight fuzziness of an on-screen cinema image. This has reached a point where TV show producers and directors are requesting that made-for-TV content use a 'film filter' when shooting, thus imitating the 'look' of a cinema movie.

This gets us back to the issue of movie distribution timing.  If you release a movie within a short period of time to streaming or pay-per-view (or worse, day-and-date release) you run the risk of losing the magic of cinema movie viewing - especially for big budget blockbusters which should be viewed at a cinema before any other medium because that's where it 'looks' best.

TV is still not good enough for movies and perhaps never will be.

Clash of the Titans: Apple and Disney To Merge?

First there were rumors that Disney was looking to buy Netflix. Now the scuttlebutt is that Apple may buy Disney.

In what would be a mega-deal costing Apple upwards of $230 billion, the purchase is not that far-fetched and would result in a tech-entertainment giant valued at over $1 trillion.

Apple and Disney have had a close relationship ever since Apple sold Pixar to Disney. Steve Jobs sat on Disney's Board of Directors and was the largest shareholder of Disney stock. Upon his death, his wife, Laurene Jobs, took over his board seat.  Bob Iger, Disney's CEO, sits on Apple's Board. So, it's already one cozy, comfy relationship.

The combination of Apple/Disney makes sense. First, it would create an instant competitor to the content streamers, particularly Netflix and Amazon. Second, there would be a solid link between Apple tech and Disney theme parks, and third, there would be instant global streaming for ESPN sports content (both live and recorded). Disney needs Apple's distribution - Apple needs Disney's content. Apple had been in talks with Time-Warner right before AT&T launched their $85 billion bid for TW. and backed out. But for Apple, a Disney merger would be far better.

Apple is waiting for the Trump administration to lower the corporate tax rates so as to be able to repatriate offshore cash which could be used to fund the Disney purchase. As it stands, Apple has approximately $225 billion in cash sitting in overseas accounts. Wall Street analysts say that an Apple/Disney combo would be accretive - increasing the earning per share of the combined entity by 15-20%.

CMG believes that mega-mergers in the media/tech space are going to be the norm for awhile.  Tech needs content and the major studios need distribution. It's quite simple really.
Posted by Cinema Mucho Gusto at 7:48 PM 0 comments

Getting High On Pot Programming

PROHBTD Media, draws about 1 million visitors to its on-line cannabis inspired channel each day, and says that its programming is geared toward a mainstream audience.

Launched in 2015, PROHBTD has a number of original content shows and is zeroing-in on getting emerging talent to do scripted and unscripted content.  Programming has a comedic bent and is sourced from all over the world. For example, an original show called 'Spanish Supper' is filmed in Barcelona and features a different weed-infused menu and stoned chef for each episode. Another show, entitled 'Edibles' is very popular, as is 'Braized & Confused' , a food and travel series.

Drake Sutton-Shearer, co-founder of PROHBTD told CMG, "In the short-term our goal is to create original content, both serious and humorous, with new talent and build around that talent, as did the Food Network. We want to build a dedicated audience so that PROHBTD will be seen 24/7 by a global audience."

Cannabis focused programming is big on the web. A channel called 'Merry Jane', co-founded by rapper Snoop Dogg, focuses on editorial content and the business and politics of pot.  'Merry Jane' produces original content for themselves and other networks, such as MTV and VH1. producing such shows as 'Martha & Snoop's Pot Luck Dinner' featuring Martha Stewart.

It is hard to gauge the future of cannabis-branded entertainment but so far there appears to be a stable and growing audience. 'Merry Jane', for example, has put considerable effort into reaching out to the professional sports community. Its 'Cannabis in Professional Sports' that aired during this year's Super Bowl highlighted the benefits of cannabis use among NFL players - was a huge success. 'Merry Jane's' claim being that pot helps with pain relief and training and is much safer than opiates and other prescription medications.

We think both PROHBTD and Merry Jane are on to something and may be toking their way to higher things.
Posted by Cinema Mucho Gusto at 3:46 PM 0 comments

The SCOOP by Seymour Flix


Another Worry For Cinemas

Comcast, the largest cable TV operator in the world that also happens to own NBC, Universal Pictures, a big slice of MGM studios and a slew of other media outlets and networks, plans to roll-out a new TV cable service in the U.S.

To be re-branded as a 'skinny bundle' the stripped-down cable package will start at $15/month which would include all of the major broadcast networks and HBO.  For $40 they'll throw in ESPN and children's programming.

Available only to Comcast broadband subscribers with no set-top box requirement this is a huge step in the cable business revenue model. Comcast's objective isn't all altruistic in that it wants to lower cable subscribers' monthly cable bill in an effort to make it easier (less expensive) for subscribers to buy more premium pay TV offering.

The 'skinny bundle' pricing concept has been extensively tested by Comcast in the Boston and Chicago markets and its new revenue scheme has had positive results - with major increases in premium pay-per-view buys more than off-setting the loss in cable subscription revenue.

This is good news for all cable subscribers as other cable operators will have to follow Comcast's lead. Unfortunately, once again, cinemas have to take note. This is another move to get eyeballs away for both cinemas and internet streamers, such as Netflix and Amazon. 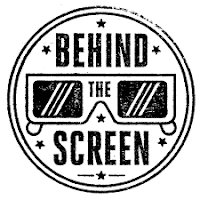 Last week, with little fanfare, the Academy of Motion Pictures Arts and Sciences announced two major rule changes for those questing an Oscar.

First, all documentary films that are released as a series or mini-series, for example, last year's Oscar winner 'O.J. Made in America', would no longer be eligible for an Oscar. This puts a real crimp in many of the projects being made by Netflix, Amazon, and other Hollywood usurpers.

Second, nomination in the 'Animated Feature' category will now be open to anyone in the Academy willing to join a nominating committee. This is a huge switch from all the other movie categories whereby members of the separate branches are charged with determining nominations. The Hollywood studios lobbied hard for this change as they felt the animation committee favored the smaller indie producers, which have, of late, dominated the category.


Posted by Cinema Mucho Gusto at 9:59 AM 0 comments

The Cinema - An Expose' 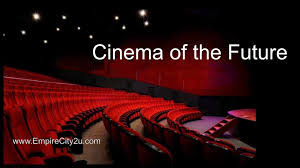 What is the cinema's future? And who is going to lead the major studios in this era of the changing Hollywood business model?  Yes, the box office has grown year-after-year in the U.S. and globally but, if you pull back the curtain, the view is that of an industry under siege.

Paramount, Sony, and Fox all removed or replaced their top executives last year.  Warner Bros., Disney, and Lionsgate also had shake-ups in high management positions. Yes, consumers are still going to the cinema but less often, instead staying at home to view premium TV, stream media, or play video games.

To be fair, the cinema has survived other periods of technological upheaval and disruption - the end of silent movies, the introduction of television, the invention of the VHS tape, the VCR, and DVDs. Yet, all of these cinema killers proved to be victims themselves while the cinema survived. Now, emerging digital platforms and mobile technology are fostering new anxiety regarding the life of the silver screen. It is only blockbusters and franchise films coupled with higher admission pricing  that has kept the cinema in the black as admissions remain static.

The job of managing a major Hollywood studio has become very difficult. For example, last year only Disney made any real money. According to Cowen Co. an entertainment consulting group, total profits for the seven major studios declined by 15% or $700m vs. 2015. Paramount lost $445m and Sony took a $1b write-down on its movie business.  According to Cowen the problem is audience behavior - people are going to the cinema less frequently, and when going, they all go to see the same movies.

Today, for a film to be successful it must have a global audience. It must have over-the-top visuals and  totally engaging sound. This type of movie is not only expensive to make but to market. Studios routinely spend $120-150m to market a potential blockbuster.  When these high-cost movies flop, the studio heads feel the pain. Hollywood releases lots of what I call 'marquee fodder' or to phrase it differently, 'get-around-to-movies' - those movies that people don't get around to watching until its on home pay-per-view or one of the movie streaming services.

To make matters worse, the studios have lost a great portion of DVD sales - which have declined by 50% over the last 10 years. This shrinking home video market has forced the major studios to reassess movie distribution to an on-demand generation. Pushing studios to rethink the theatrical release window timetable.

Not all is bad and scary for the movie business. Admissions, while static, are constant and people still enjoy going to their local cinema - if it is comfortable, clean, and its on-screen presentation first-rate. For their part, the studios have only to look at Disney, which has bet, big-time, on its brands - Marvel, Pixar, and LucasFilms - and got huge payoff.

The cinema will survive the current onslaught but it will be different. Much more customer-centric and much more inclusive in the content it screens. Cinemas must use the latest image and sound technologies and lure moviegoers with showmanship and inclusiveness. 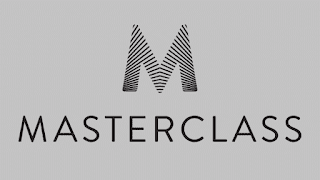 Internet training courses, to my knowledge, have not been 'sold' at cinemas. However, that opportunity may be possible with MasterClass. MasterClass is an educational platform that offers affordable online courses. Each class is 2-5 hours long but can be split into two or more sessions.

CEO and co-founder of MasterClass, David Rogien tole CMG, "Its been greatly received, much better then our expectations. We're delivering on our mission to provide knowledge from the world's great Masters to everyone."

From CMG's perspective MasterClass offers a great opportunity for cinemas, especially smaller, independent exhibitors. Although available on the internet, the camaraderie of viewing and discussing the courses with others is a clear benefit and a cinema is the perfect venue. MasterClass is the exact revenue enhancer a cinema could benefit from.

Cinemas should contact MasterClass to see if a financial arrangement can be worked-out. www.support@masterclass.com or 855-981-8208.
Posted by Cinema Mucho Gusto at 6:57 AM 0 comments