AR & VR How Do They Impact The Movies 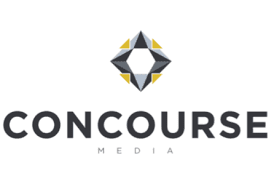 Concourse Media's developed Moviebill, an Augmented Reality (AR) based Playbill for the movie industry, is hawking its new wares to exhibitors.  Regal Entertainment, the second largest circuit in the U.S., has signed up and will began to use Moviebill next year.

Each Playbill under the Moviebill moniker will promote one feature film in an AR experience -sharing behind-the-scenes footage, games, talent connecting, etc. Concourse is planning for Moviebill to debut in early 2018.  Regal would market this as a service to its moviegoers.

According to Regal spokesperson, Ken Thewes, "Moviebill provides an experience for moviegoers that helps bring the movie to life and promotes a deeper connection to the movies we exhibit. We believe Moviebill will help our goal of enhancing the moviegoing experience, providing movie fans more of what they want."

If it's experience moviegoers wish, Moviebill may be the enhanced preview (trailer) that will gin-up interest in any given film - it certainly can't hurt. No numbers were given as to the cost for Moviebill to the exhibitor, so we'll have to wait and see if the benefit at the box office out-weighs the cost.
This also presupposes a lot of movie fans have the required AR eyeglass to view the Playbills.

AR vs. VR What's The Difference

AR- Augmented Reality, takes current reality and adds something to it. It does not 'transport' the user to any other presence. Requires special AR glasses.

VR - Virtual Reality, transports the user to another place visually using a headset. VR is immersive while AR is not.

The VR business hasn't taken off as predicted by its stakeholders but it is progressing.  VR is available on gaming consoles and via mobile phone-based headsets.  Several companies have exited the VR business, such as Nokia, which halted development of its VR OZO camera system. Nokia cited, "slower than expected development of the VR industry".

According to Concourse Media, all of the major studios are working with it to provide exclusive AR experiences for the Moviebill scheme.

'Code of Conduct' for Oscars Academy

In light of the Weinstein scandal, the Academy of Motion Picture Arts and Sciences, has decided to institute a Code of Conduct for its members. 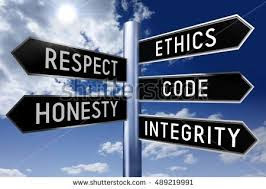 The Academy expelled Weinstein, only the second member to ever be expelled, two weeks ago and has now issued a statement that its full Board of Directors (which numbers 57) will address the issue of having a code of conduct at its December and January monthly meetings.

"We have no intention of functioning as an investigative body or moral court" stated Dawn Hudson, CEO of the Academy, " but we are concerned about sexual harassment and predatory behavior in the workplace, especially in our own industry. To the end, we are taking steps to establish a code of conduct for our members, which will include a policy of evaluating alleged violations and determining if action regarding membership is warranted."

The Academy is consulting experts in law and ethics to gain an understanding of what they should institute. The goal is to maintain clear standards of workplace behavior for all of its members.

It's high-time the Academy had a conduct code, given all of the past decades of transgressions by its members. Hopefully it will not be too little too late but be a code that is strict and quickly enforced if violated.

HORROR - The Genre of NOW

Horror films are the truest example of escapism because unlike rom-coms, musicals, message dramas, historical pieces or even, high-impact action movies, horror as escapism reflects the traumatic times that are NOW.

Artificial terror is what the current moviegoer may be hankering. 'IT' may reflect the mood of the times - serving up oodles of fear and trepidation. A real symbol of the NOW, horror impacts all of us. Real or made-up it reveals a distorted, but related look into humanity as it now exists.

Horror films have always been known for their low risk/high return potential. With broad demographics and simplistic storylines the horror genre is about to save Hollywood and the cinema exhibition business. Easily adopted to sequels and reboots, horror has box office power.

As President Trump lamented during the campaign, "Make American Great Again", horror may be just what the local cinema needs to be great again.  Like America, horror movies are filled with baked-in fear and terror but in a perverse way are nostalgic and familiar.

So, go to the local cinema and scream, scream a lot for more horror.

I guess you can't write a blog about news and commentary regarding the cinema industry and not address the recent and on-going Weinstein sex crimes scandal.  Unfortunately, Hollywood's problem runs much deeper and is changing the way the average moviegoer views the people that control and star in films.  More importantly, I believe, people are going to address their displeasure by not going to view films at cinemas, and will simply stay at home and very selectively pick and choose the films or TV shows they wish to see.

Everyone who is anyone in Hollywood knew of Weinstein's sexual predator conduct over the last 30+ years and to say otherwise shows how corrupt they really are.  Hollywood has become a nepotistic, greedy, cruel, and false place run by megalomaniacs - and everyone knows it.  The veil has been lifted regarding the totally corrupt, self-centered, misogynistic egos of this privileged, filthy rich caste that is now called Hollywood - tacitly endorsed, I might add, by many of the top females in the industry.

Pontificating on political and social issues while living in compounds and estates, constantly presenting each other with awards and accolades, and living in a world so remote from the average that their only concerns are stroking their egos, buying homes, cars, jewelry, and over-the-top what-evers. Sex, drugs, overdoses, rehabs, reinvents, remakes, it's all about second chances, and re-finding yourself for the glitterati.    From Streep to Clooney, from DeNiro to Lawrence and all the way to Weinstein the whole thing stinks.  And it has got to change for it to survive.


Harvey Weinstein is the perfect avatar for Hollywood. A fat, sloppy, self-indulged, 'Aqualung' figure. A pig of a man who used his position, wealth, and cruel cunning to feed his sexual needs at the expense of young women and their naive view of the perverse Hollywood culture.

The Hollywood elite have it made yet they are traveling down a road of self-destruct.  Killing the goose that laid their golden egg they quickly need to reassess and shed their facade of phony liberal do-gooderism and address their dark-side and inner demons. If they don't they will loose their audience and not only them but the local cinema will suffer - and that is what I care about.

Posted by Cinema Mucho Gusto at 11:07 AM 0 comments

Any video gamer knows the game 'Sonic The Hedgehog' and Paramount Pictures thinks Sonic deserves a place on the big screen. The Sega video game franchise, of the same name, was launched over 26 years ago and has sold more than 360 million copies including digital games on consoles, tablets, and mobile.

For those of you non-gamers, the game features a hedgehog named Sonic who is on a quest to defeat Doctor Robotnik, an evil scientist.  The game has been enormously successful and established the Sega Genesis console player.

The film will be a combo live action and animation and will be Sonic's first film. CMG predicts that 'Sonic The Hedgehog' will be a big box office hit upon release.