Fandango: Getting Scalped In Ticketing 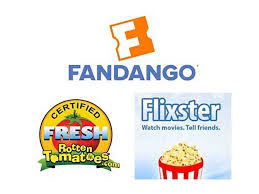 In the September issue of ScreenTrade Magazine, an article/analysis, of Fandango, the on-line cinema ticketing service, by CMG entitled 'New Fanbase', detailed why Fandango was in a downward spiral and destined to become a much less significant player in the cinema industry.

To bolster my analysis, I stated that Fandango's purchase of Rotten Tomatoes, the on-line movie critics service, was too little too late, as RT was no longer relevant given consumers use of social media and their own, instantaneous, reviews of movies.  It seems that this viewpoint has been validated as a recent study, conducted by the University of Southern California, and reported in last week's issue of Variety Magazine, found out just that!  The article in Variety, 'Rotten Tomatoes Scores Don't Impact Box Office', debunked the notion that Rotten Tomatoes had an influence on box office performance. 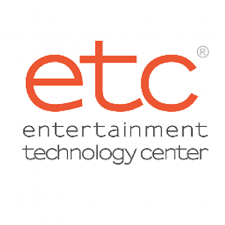 The study, conducted at the University's Entertainment Technology Center concluded that RT scores have a very small, if any, role in determining box office performance - good or bad.  "There is virtually no difference between Rotten Tomatoes' critical scores and audiences' scores and the more successful the film the smaller the difference" stated Yves Berquist, Director of the Technology Center, "which means that audiences are becoming experts at smelling-out bad films." To wit: they don't need Rotten Tomatoes for movie ratings and its use will eventually be rendered irrelevant.

For the full analysis go to the CMG post entitled 'Fandango's FanShop: A Bit Too Late' 3/18/17'

Last week, Michael Burns, V. Chair. at Lionsgate Studios predicted that all of the major film studios would reach a deal with cinema exhibitors on the launch of a premium video-on-demand window for new theatrical releases within a year!

Speaking at a conference in NYC, Burns stated, "some level of PVOD offering will be available to consumers within 12 months once details, such as pricing and the length of time between a film's theatrical release debut and the early home entertainment offering are hammered out."  Burns went on to say that Disney would be the only studio that would opt out of the deal.

Under the proposal, the current 90 day window between theatrical and home releases would be shortened to 17 days - giving exhibitors three weekends for exclusive screening of any film.

CMG has always been of the mind that eventually all movies would be released day-and-date across all distribution platforms.  This deal moves the bar closer to CMG's inevitable prediction.

Cinemas, large and small, MUST prepare and ensure that their operations are running at max-performance.  Investment in high sound quality and best on-screen image is without question a must-do.  Showmanship and moviegoer engagement are requisite.  It is only in this way that the local cinema will survive.  In many cases, this will entail investment that cannot be fueled by on-going operations but from outside sources, such as loans or leases. 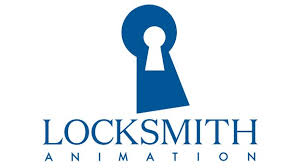 Not to be outdone by a faltering Disney, 20th Century Fox is dialing-up the number of family films it produces. The Fox strategy is to produce and distribute a major animated film each year with several sub-majors during the year.

Up to now, Fox has not been producing any family-friendly animation but has been distributing pictures from DreamWorks, that deal is ending as DreamWorks was required by Comcast, which also owns Universal Pictures, severed the relationship.

To counteract this situation and to accomplish their goal of producing their own animated films, Fox has entered into a long-term co-production and development deal with Locksmith Animation.  Fox, which owns Blue Sky Productions, the makers of the 'Ice Age' films, plans on augmenting Blue Sky's slate of films.

Three projects are currently in development with the plan being Locksmith's first film with Fox will screen at cinemas in the fall of 2020.  Although tight-lipped about the project, rumors have it that the movies will be entirely original and not based on books or pre-existing intellectual property.

Animation is big at the boxoffice typically out-grossing most other genres. Locksmith originally had lined-up a deal with Paramount but that fell through when Paramount installed a new CEO, Jim Gianopulos, who didn't like the deal.

We wish Fox and Locksmith the best and look forward to their films.

Monster Opening, And We Need 'IT' 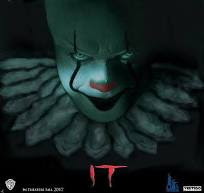 This summer's box office was a nightmare for exhibs. It was scary and there were many sleepless nights of worry.  Wouldn't it be ironic if a scary movie was responsible for bursting the summer b.o. doldrums.  Well it may just happen with the debut of 'IT' tomorrow.  The New Line film is expected to gross $75 million domestically and is what movie audiences have been waiting all summer for.

Reaching $75 would make this R rated horror film the biggest September opener of all time!  Coming off a summer which was the worst in 20 years, 'IT" will make everyone happy. It's not a sequel or remake - trends that may have been partially responsible for the lackluster b.o. of late. 'IT" seems to be reaching out beyond the horror hard-core and appealing to mainstream moviegoers, as well as, Steven King fans.

Rumor has it that a sequel is already in the works. As the current 'IT' centers on the children, the sequel will follow them to adulthood. No release date for the 'IT' sequel has been announced.

We are all hoping that 'IT" brings them back into the cinemas and is the start of a great fall and holiday season at the box office. We need something to scare us out of the current cinema blahs.