How About A Movie and a Root Canal?


A new medical technique whereby patients are encouraged to watch a movie and given only local anaesthetics while having major surgery is coming into vogue.  Pioneering the technique is Peterborough City Hospital in England and several U.S. hospitals are studying the procedure.

The idea is to keep the patient relaxed while their medical procedure is carried out. For example, for certain orthopedic operations only a spinal block is administered while the movie is viewed and the patients seem fine with it. The most often requested films are The Sound of Music and Dirty Dancing - go figure.

This sounds crazy but it is a win/win. The hospital saves on sedation costs, the patient is calmed by watching their favorite movie while avoiding the risks associated with general anaesthetic, and it's great for the cinema industry. As far as I can see the only drawback is that the 'wrong' DVD is slipped into the player - which could reek havoc in the OR. It would probably not be advisable to watch the likes of: The Coma, Sweeney Todd, the Bride of Frankenstein, or Sin City.  Other good/bad suggestions?

The idea is to give a share of the VOD revenue received by cable and satellite companies on same day first-run movie releases to cinemas.  But as, David Passman, head of Carmike Cinemas stated when asked if  he would be open to an experiment if studios gave cinemas a cut of premium VOD revenue, "I would hope the answer isn't a sharing of revenues while we have empty theatres".

Comcast, has a lot at stake. As the largest TV cable company in the U.S. having distribution rights to first-run movies has to potential to bring in billions of new found revenue - which it needs as more and more consumers move to the internet to satisfy their entertainment needs.  This scheme is a back-door maneuver as is the recent alliance Comcast/Universal made with Prima Cinema, whereby Universal first-run films are made available for at-home viewing on their release date to cinemas.

Posted by Cinema Mucho Gusto at 10:41 AM 0 comments

No, not China - but close - Russia. Yes, the land of caviar, vodka, oil, furry hats and gulags is currently the fastest growing cinema market in both movie attendance and new cinema construction. 500 new cinema screens opened in Russia last year representing a 19% increase.  Vodka and a movie anyone?


D-Cinema provides instant opportunities and future innovations for exhibitors says Texas Instruments.  In a press release last week, Texas Instruments, the developer and provider of the DLP technology used in all of the current digital cinema projectors, noted that over 85,000 movie screens have now converted to their DLP digital technology.  TI further noted that the benefits of digital are becoming more apparent every day to both exhibitors and audiences.

In my mind, exhibitors need to obtain two things from their digital conversion:  improve their bottom line and offer a presentation 'wow' factor that surpasses home and mobile entertainment. TI believes the same, "We have been at the core of the digital cinema movement ever since the first cinemas adopted DLP Cinema nearly 15 years ago. Although we are thrilled as more exhibitors and moviegoers enjoy the benefits of digital now, it's the groundbreaking possibilities still to come that are the most exciting" says, Dave Duncan, TI's Manager of DLP Cinema.  And that is what I am most interested in.

Given its high quality imaging, speed, and reliability it's a matter of when, not if, other content alternatives are made available to exhibitors.  For example, it is not a stretch to foresee audiences interacting with a movie, perhaps to direct a scene or select an alternate ending.  Or, using the capabilities of the projector to bring hologram renditions of famous entertainers to the stage in a new type of live, 3D glasses-free performance.

As Greg Von Hausch, President of Cinema Paradiso in Ft. Lauderdale told us, "With our digital cinema projection, audiences are much happier. So much more content is available and our patrons are delighted by the variety and the brilliant, crisp, and intoxicating image presented. Our crowds love it."

Posted by Cinema Mucho Gusto at 10:59 AM 0 comments

CAN A MOVIE CHANGE YOUR LIFE ?

Apparently so. A new survey conducted by The Guardian, a internationally renowned newspaper, says yes! Films can act as a lifeline for over 20% of viewers and can change who they are and now they view the world.

Many more reacted to the notion that an inspirational film will always be there and act as an unwavering companion, like a pet.  For example, almost 25% of the people who took the survey saw It's A Wonderful Life not just as a perennial Christmas favorite but as an important personal moment that taught them the value of family.

And than there are the films that teach how brutal and uncaring the world can be, such as Bambi and Old Yeller. What about love? Over 20% of respondents indicated that they didn't know what love was until they saw it in a movie. You know, I think there is something to this theory of the life changing movie. In further research I came upon lists of life changing movies - listed here are several:

What are the films that were milestones in your life? Leave your comments.

Coming off a horrendous first quarter showing at the box-office, this summer's movie line-up looks very promising. Like last summer, there will be films for every demographic and lots of them.  In all, there will be over 100 major releases from May thru August.  Here's our picks: 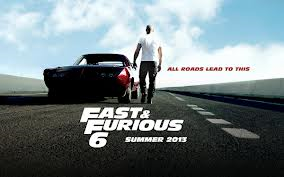 As Predicted by CMG !

Day-and-Date home viewing of newly released movies, it'll cost $35,000 plus $500 per flix, but it's a definite move to the dark-side by a movie studio.  Prima Cinema (has teamed up with Universal Pictures) in offering first-run movies for home viewing.

Initially targeting super-rich movie stars and other celebrities,
Prima will install a digital set-top-box which allows movies to be delivered via the internet for a single viewing of $500 after an initial output for their 'black box' of $35,000.  Limited to 25 seats, so the service cannot be used as a commerical cinema -  Prima conducts a 'personal' inspection each home. Universal (owned by Comcast, the largest U.S. cable company) is the only studio offering its first-run content via Prima.  Upcoming movies to be made available include, the big-budget Oblivion, as well as recent titles - Les Miserables, Identity Thief, and Admission.

Predicted in this blog years ago, the Prima service will be the first to punch a hole in the armor of the long-standing exclusive 'theatrical release window' and NATO and all movie exhibitors, large and small, should be boycotting Universal pictures - it's that serious.

According to The Hollywood Reporter, Seth MacFarland (this year's Oscar host) will be among the first subscribers.  Prima, which does not advertise, hopes to have 1000 subscribers by year end. "Prima is not Netflix", Jason Pang, Prima CEO informed me, "Prima is what private jets are to aviation".  Currently Prima is being rolled out in CA, NY, and Florida.

Exhibs - you have got to ensure that your cinema is putting on the best persentation possible as the Primas of the world will continue to press the envelope on first-run home viewing and the studios may come to a point where the money involved is too great to ignore. 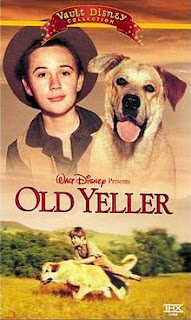 Smile (www.sheknows.com) a popular family-friendly web site recently surveyed parents to find out which movies were the best all-time films for youngsters. Here are the results:

Surprisingly, it appears that time doesn't have much of an impact on enjoyment.  Most of the list is comprised of decades old films.  It may be that these films were 'made'  strictly for children and not produced for the wide-audience that many of today's family films are. It appears that Hollywood believes America is ready to view the White House and other government buildings and structures being destroyed - after an 11 year pause due to 9/11.  The upcoming 'White House Down' and the current 'Olympus Has Fallen' both feature White House demolition.  Heretofore, the White House and other government structures were only destroyed by  natural disasters: an ice age (The Day After Tomorrow) and an earthquake (2012).  Now, all wraps are off, as big media thinks the psycho-wounds of 9/11 have healed and America is now, once again, ready to take on the paranoia of a nation under siege.

Now, we await the first movie detailing the destruction of the new World Financial Center complex in NYC - well, I hope the good guys win.
Posted by Cinema Mucho Gusto at 1:04 PM 0 comments