The Motion Picture Association of America (MPAA) announced, last week, that Joan Graves, the world's chief movie rater, will step-down and be succeeded by Kelly McMahon. McMahon, who has functioned as VP & General Counsel of the MPAA, has been dubbed 'deputy chair of the Classification and Rating Administration Board (CARA)'.

Charles Rivkin, CEO of the MPAA, lauded Graves for her long and loyal service and said that McMahon would continue "to shape the future of the rating system and continue the mission of helping parents make informed viewing choices for their children." As prior head of CARA, Graves viewed and rated over 12,500 movies during her tenure.

CARA,  which recently celebrated its 50th anniversary, has performed a great service for Hollywood in providing benchmark rating for, not only parents, but all moviegoers. Current rating classifications: 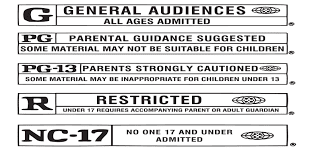 Posted by Cinema Mucho Gusto at 11:55 AM 0 comments

The Cinema-world: What Lies Ahead 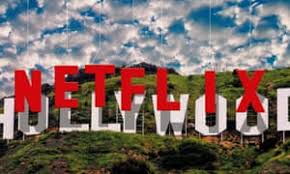 According to John Malone, billionaire media investor, removing the middlemen from content production and going direct to consumers will foster a rash of mergers and acquisitions between the major studios and networks over the next several years. He's RIGHT!

Malone argues that Netflix, Amazon, Apple, the remaining FAANGs and other gate-crashers in the streaming content biz are end-running the major studios with their direct-to-consumer strategy.

Studios Just Couldn't Get It Right

You have to hand it to Netflix, in the very volatile world of mass entertainment they have achieved great success and up-ended a 100 year-old industry.

With a projected spend-level of $100b a year for quality content worldwide (which, I believe is unsustainable) the need to merge and/or acquire to get larger to survive is inevitable.  CMG believes Malone is correct - the mass entertainment industry is changing and all players must figure out, and quickly, where they are going to wind-up.

Last week Italy enacted a new law which regulates the theatrical window on Italian films. The new law dictates that there will be a wait-period of 105 days after the first cinema screening before a movie could be streamed via Netflix. The new law only applies to Italian films. France has similar screening rules but are stricter still - a minimum of four months for VOD and a full 36 months for SVOD content.

CMG believes that laws that restrict day-and-date release are bad for all participants.

- These laws hinder audience choice. Certain films can, and should, be released day-and-date. Those with big-screen pull and big audience draw are a prime example where both the exhibitor and streamer can benefit.

- These laws restrict the roster of films available to cinemas to screen, and streamers, such as Netflix offer very favorable gross terms vs. the major studios.

I could go on; however, it's easy to see the short-sighted impact these release restrictions have.  Hey, why not let the consumer decide if they want to view a particular movie on the big screen, their TV or their mobile device. The exhibitors need to work with the Netflixes and not against them.

Posted by Cinema Mucho Gusto at 10:27 AM 0 comments

Yes, it's been awhile since we've connected, but that's the way of superstars. But the Flixster is still alive and well and my fan-base as loyal as ever. so, let us get started with some
Cinema Tidbits from yours truly.

The End of Madea

'Madea' is being put to rest after almost 20 years.  Yes, the Tyler Perry, rough-talking grandma character which appeared in dozens of films, plays, and TV appearances is going into 'permanent' retirement.

Perry plans on doing a farewell stage tour in 2019, "Tyler Perry's a Madea Family Funeral" to say farewell to his iconic character. It would be an understatement to say that Madea made Perry a very rich man. The film franchise alone, consisting of 10 movies, has grossed over $500 million.

"I'm happy to kill the old bitch, man" Perry said during an interview with Bevy Smith. "I just don't want to be her age, playing her." Well said Tyler, who wrote and directed most of the Madea films.
Perry has said that the character was loosely based on his own mother, and is known for the use of comical and vulgar language, and has a litany of criminal offenses.

For sure, Madea has made us all laugh over the years, and it will be with regret that we see her put to rest. We wish Tyler all the best.


Weinstein: Could the 'Me Too"  Movement Overplay Their Hand?

In an amended class action suit filed last Wednesday in NYC, the beleaguered mogul was accused of sexually assaulting a 16-year old girl.  The action, brought forth by an anonymous woman, charged that she was repeatedly attacked by Weinstein from 2002 - 2011 beginning when she was 16.

Weinstein vehemently denied the allegations. His attorney, Ben Brafman stated, "This claim is preposterous. Like so many other women in this case who have already been exposed as liars, this latest, uncorroborated charge, that is 20 years old, will also be shown to be patently false."

Filed under a Jane Doe, the complaint states that the victim continued to have dealings with Weinstein over the source of 9 years.

With this latest accusation, the 'Me Too' movement may be going too far and actually diminishing the validity of their cases against Weinstein. Already, another case against him was dismissed , with the Judge, in that case, stating there was a lack of evidence in how Weinstein and the Board at The Weinstein Group might have operated to conceal his alleged predation.

With the Supreme Court appointment of Bret Kavanaugh, and all of the false allegations brought to bear, Weinstein may benefit from that fiasco.  Only time and justice will tell.

FilmStruck, the Cinephile streaming service was struck-down after two years in operation. Turner Communications and Warner Bros. owners of FilmStruck announced that FS would cease operations by Nov. 29th.

WarnerMedia, now owned by AT&T, and in charge of all mainstream direct-to-consumer entertainment services decided that FilmStruck did not fit into their strategic plans. FilmStruck hosted hundreds of classic, arthouse, indie, and foreign films - many of them exclusive to the streamer.

It will be missed by many fans and a large following of H'wood directors and producers.


'Crazy Rich Asians' Sequel - To Be Shot In China

Although the film won't be released in Chinese cinemas until November end, the producers of the very popular film say the sequel will be shot in China. Entitled "China Rich Girlfriend" the sequel will be filmed in Shanghai, and be the second adaptation of the "Asians" series of books by Kevin Kwan.

'Crazy Rich Asians' has grossed $232 million since its release and its screening in China could push the gross to over $350 million. I saw and enjoyed the film and it deserves a sequel.

All the best,
Seymour Flix


Posted by Cinema Mucho Gusto at 9:01 AM 0 comments