Thanks to an unexpected collaboration between Aston Martin, Bond movie producers EON, and the  special effects team at Pinewood Studios, James Bond's Aston DB5 is BACK!

Aston Martin announced that it is going to build a run of 28 Bond DB5 Continuations, in honor of the upcoming 25th Bond movie due to be released in 2019.  25 of the cars will be sold to the public plus one for Aston Martin, one for EON, and one to be auctioned off for charity. Price per car 2,75m pounds (approx. $3.5m).

The cars will be built at the Aston Martin Works at Newport Pagnell,  home of the original DB5. They will be manufactured to the original plans and using traditional methods while incorporating the latest advances in auto technology while remaining true to the character of the Bond DB5.  The cars will all be painted Silver Birch and have several of the gadgets the original movie cars had (no, there will be no ejector seat or concealed machine guns) but there will, must likely, be revolving license plates and modern navigation and phone systems incorporated into the retro dashboard.

Delivery of the DB5s will be in 2020 with all 25 cars pre-sold before production.

Yet, it is very difficult for consumers to grasp and appreciate how social media companies are collecting, analyzing, sharing, and selling a tremendous amount of information about
them!

It has reached a point where uniform privacy protections that would provide meaningful consent for the use of online information no matter where they go on the internet is now required.

CMG believes that a national online privacy framework should start with the consumer and be grounded in the concept of empowering and informing consumers to control the personal information that is collected about them online.

Control
Consumers should be empowered to have meaningful choice for each use of their data through opt-in consent. The consent options should be purposeful, clear, and meaningful with no 'pre-ticked boxes', 'take-it-or-leave-it offers', of other default consents. Additionally, the consent should be renewable at reasonable frequency.

Transparency
Explanation about how companies collect, use, and maintain consumer' data should be clear, concise,  easy-to-understand, and readily available. Consumers should have the ability to weigh the benefits and harms of collection and use of their data.

Parity
Consent must be applied uniformly across the entire Internet and not based on who is collecting it, or whether a service is free or paid - and whether they are using an ISP, a search engine, e-commerce site, streaming service, social network, or mobile carrier or device.

Uniformity
Consumers should be protected under a single, national standard that protects regardless of where you live, work, or travel - the protection should not under individual State laws.

There are many accounts of data misuse and privacy laws are long overdue. Consumers deserve and have a right to control how their personal information is collected and used whenever they use the internet and whenever they go online.

Holiday B.O. - Starting Off With A Bang

As CMG predicted, this holiday season box office will be stellar. It started off with 'Halloween' which killed it with a launch last weekend with a $77.5m b.o.  It came on the back of 'Venom' which had I $80m take earlier this month.

'Halloween' is a long-awaited sequel - over 40 years between the original and this latest film. However, this movie combined the return of the original star, Jamie Lee Curtis, great writing, and great filmmaking.

CMG believes this trend will continue throughout the rest of the year - with November and December being record-breaking month at the box office. Enjoy exhibs. You deserve it!

Sexual Charges Against Weinstein Get TOSSED

Allegations made by Lucia Evans, who was among the first women to publicly accuse Bernie Weinstein, were tossed out of court last Thursday.  The charges were dismissed after evidence emerged that a police detective had coached a witness to stay silent about evidence that cast doubt on the account one of his three accusers.

Harvey still faces charges over allegations that he raped an unidentified woman in his hotel room in 2013 and performed a forcible sex act on a different woman in 2006.

In the Evans case, a woman closed to Evans told the police detective that Evans had told her that what had happened in Weinstein's office was consensual as Weinstein had promised her an acting job if she agreed to perform oral sex and she agreed. According to this witness, who was not named in the Court filing, Evans had been drinking and "appeared to be upset, embarrassed and shaking" when she told her story.

Weinstein's lawyer, Ben Brafman, told the Judge he believed Evans had lied both to the grand jury and to the New Yorker Magazine about her encounter with Weinstein. "The integrity of these proceedings has been compromised" he said, and suggested that Evans should be prosecuted criminally for perjury.

Weinstein has pleaded not guilty to all charges and is free on $1 million bail.

The clouds are parting, at least a little, for Bernie and it could well be that in the end all of the charges against him are dropped for both lack of hard evidence and consentuality based upon getting a movie role or model booking.

The 'smart-caption glasses' show the dialogue as the on-stage actors say it, allowing the users to keep their eyes on the stage. The glasses are produced by
Epson and were over two years in development to get things right. Originally, the captions were to be displayed on the audience members' phones but that became too distracting for the other audience members.

The software developed is able to follow along with the speech live and sends the words to the glasses via WiFi. The software also recognizes lighting changes and will alter the placement of captions for optimal viewing.

The glasses retail for $1,050 per pair. Which is not out of reasons given the cost of the normal movie theater hearing impaired products' costs.

So, once again AR is applied to a real world situation and proved to be very valuable. Future uses of this technology will include real-time language translation.

By: Jim Lavorato
Cinema Much Gusto

Weinstein Team Goes On The Defense

The defense for both the civil and criminal allegations against Harvey Weinstein is going to take a four-tiered approach, all of which will be held in various courts in NYC. 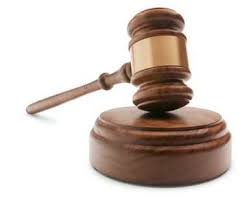 Here's how the defense is taking shape:

#1 - The Grand Jury Was Not Given Proper Evidence.  Principally emails between Weinstein and a woman accusing him of rape in 2013.  The emails, allegedly suggest the relationship was consensual and continued after the incident in question.

#2 - Relationships Were Consensual.  To discredit his accusers Weinstein has released photographs and letters showing that the women maintained contact with him after the alleged assaults.

#3 - Company Didn't Hide Anything. Weinstein's defense team is trying to get a lawsuit filed by six women seeking a class-action suit (which if cleared would allow over 80 women to be part of the legal proceedings).  In court, the plaintiffs' lawyers were told they must prove that "an enterprise engaged in a pattern of racketeering activity over an extended period of time."

Additionally, defense attorneys argued that the women have failed to back allegations of a conspiracy and sex trafficking as nothing was offered in exchange for sex.

#4 - Events Happened Too Long Ago. Defense attorneys have argued that the allegations for criminal charges are too old and lack any forensic evidence, ie. DNA.

So, there you have it. Weinstein won't be going down without a fight and some of his defenses have merit.  The saga continues.

Posted by Cinema Mucho Gusto at 10:48 AM 0 comments