Serving Up Another Record Breaker in 2019

The reboot and sequel, no orphans to the big screen, will be out in mass next year. The high-impact action and animated films will, again, lead the way to a, predicted, $12 billion U.S. box office. Here's how it will get there: 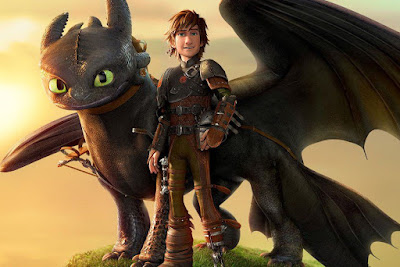 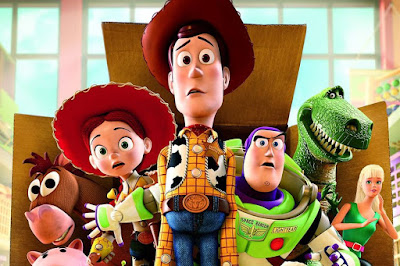 We may be going out on a limb but it's a sure bet that 2019 will be a great vintage for the movie industry. I'll drink to that!


Posted by Cinema Mucho Gusto at 4:47 AM 0 comments

'Marwen' was the worst wide-release to open in 2018 and gave Universal a double-take as the prior week 'Mortal Engines' tanked and is expected to lose $125m after all is said and done.

Exhibs had warned Universal that 'Marwen' was a dog in pre-show reviews so it was no surprise. I think 'Marwen" will come off of marquees this week to make way for more screens running 'Aquaman', 'Mary Poppins Returns', and 'Bumblebee'.

For all of its rampant liberalism, H'wood is just another blue-collar, union town - be it the blue-collars wear custom jeans and drive high-end buggies.

A shinning example of this is the local casting Directors Union, Teamsters Local 399 (and affiliated Local 817 in NYC) which represents about 500 casting directors/agents. Last week Teamsters inked a three year deal with the studios and networks. The deal had been postponed, as a West Coast Master Contract, for the 40,000 strong member, International Alliance of Theatrical Stage Employees, was negotiated.

Call it what you will: union, guild, alliance, H'wood is a union town through and through.

Even before the holiday B.O. kicked-in, the pre X-mas U.S. gross tallied a record $11.4b and put 2018 as the highest grossing year in cinema history.

As of today, Christmas, Disney led the B.O. take with 5 of the top 10 grossers. The high-impact, super heroes led the way with 'Black Panther' and 'Avergers' followed by action-animation with 'Incredibles 2'. 'Jurassic World' and 'Dead Pool' rounded-out the top 5, which together grossed $2.43b.

Event Cinema - Just Do It!

Movie theatres are more and more looking to live events and one-night screenings to bolster the Sunday-Thursday movie dead-space time-frame.

All exhibs., lg. and small, should be looking at Event Cinema and Live Nation Entertainment as a mid-week alternative to films. Just Do It!

So, that's it for now and I'll be contacting you next week - have a great New Year!

WHAT YOU CAN'T GET AT HOME 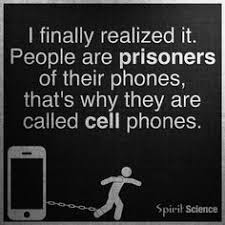 The movies have been in a catch-up mode since the 1950s when TV was introduced. It's always been - what can the movies offer that you can't get at home.  From smell-a-vision to 3D, from Panavision to surround sound it has always been the next thing to entice the public to the big screen.

For the last decade, with the introduction of digital cinema, its been content. The high-impact, action, super-hero or animated films that bring to the screen a viewing experience still unattainable at home.

Now, with the ever-present cell, tablet, or PC, people need down-time and the cinema is one place to get some relief.  This factor may be the salvation of the cinema going forward - as you can't get away from the barrage at home, in fact, the home has become the worst place to get solace from the internet or phone.

We all look for personal release. A few hours where we can relax and concentrate on just being entertained without interruption - having 'me' time. The problem is: having 'me' time is getting harder and harder to obtain. One of the places to get it is going to the movies - it's what you can't get at home.

Next:The Battle of the Streamers

The cinema industry is trying to defend the theatrical release window from the likes of Netflix - on the other hand, Disney and AT&T are developing their own content streaming models to battle Netflix.

Problem for the last-to-the-table streamer hopefuls is the cost to get into the game. For Disney+ (the current name of Disney's upcoming subscription streaming service) the 'admission fee' to enter the streaming game to compete against Netflix will easily exceed $3 billion and potentially lots more.

Yes, Disney has the franchise brands: Pixar, Marvel, Star Wars, soon, National Geographic, and the Fox's entertainment assets (for which the Mouse House is paying a whooping $71.3 billion), but is this enough and is Disney stretched too thin in terms of financial and people assets to pull-off a revolt against the King-of-the-hill in subscription content streaming. 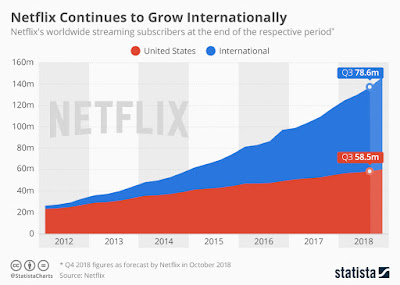 With over 137 million subscribers worldwide, Netflix is the King-of-the-hill in the world of content streaming. It would take a monumental effort to unseat it. Even Disney is not up to the task as far as CMG is concerned.

Disney will have to undercut Netflix's monthly fee, at least initially, to gain market. Which would mean a subscription priced at around $8 per month.  That would equate to big-time losses, as it is rumored Disney has committed to spending over $100 million just for a live-action Star Wars show.  Additionally, Disney will take a $400 million hit not renewing its current content deal with Netflix which expires at the end of this year. And given Netflix's dominant market position, it will be hard for Disney to acquire and keep subscribers.

Netflix is spending over $2 billion this year for content. It is not saddled with legacy studio expenses nor theme parks, and certainly not ESPN and its atrocious sports rights deals, which have plagued Disney,  Thing is, Disney has no choice but to get into the streaming mix, as that's where the future in entertainment lies. My hunch is that Disney will always be a marginal player in the streaming content business and never obtain dominance.

Getting Closer To 'Day and Date' Release

Calls For Shorter Theatrical Window. From Cannes to Singapore the call for shortening the theatrical release window is in full swing.

Last week, at the Singapore International Film Festival, noted film producer/director David Puttnam called for a shortening of the theatrical release window, saying "a 30 day window would be ideal and we should, very rapidly, move towards this holdback period. After which films should be available on whatever medium people want."

The idea, which has been bandied about, whereby films would be available in cinemas for just three weeks, before making way for newer releases, but then not being available to audiences for the next 12-14 weeks when relaunched in other formats - is, for me, dead. This idea makes no sense for the exhib as they need films for more than three weeks' play to fill their marquee and because people want to see the films, that have now disappeared from viewing, for three months. Very poor idea.

Netflix to release self-produced films theatrically. The highly acclaimed, 'Roma' and two other films are going to be released by Netflix in cinemas before streaming. This is a major shift, and an appeasement to cinema exhibs  by Netflix and was hailed by the U.S. movie industry.

'Roma', 'The Ballad of Buster Scruggs', and 'Bird Box' are all award contenders and Netflix wants to take advantage of this.  The question is: For a film (to call itself such) must, at some point, be screened at a cinema? If yes, then the day-and-date release of a film via streaming and cinema is the ultimate answer and where the game will end.

This is a best case scenario for movie exhibs, although many do not see it this way. I say, best case, because the movement to a shorter and shorter release window is a reality. Additionally, and more importantly, many people want to view films (especially the high-impact and animated fare) on a large screen with big sound in a shared environment.

Posted by Cinema Mucho Gusto at 8:41 AM 0 comments