It is a little known fact, but China has had a ban on the sale of video gaming consoles for over a decade.  You can not purchase an Xbox, Wii, or PlayStation console in China.  This ban was initially instituted because of the government's "fears of the potential harm to the physical and mental development of the young" .

Seven Chinese ministries collectively ban the manufacture, sale, and import of gaming consoles for and by the Chinese public since 2000.  Now there are signs that the ban may finally be lifted.

Microsoft introduced its Kinect console (a controller-free game console) to the Chinese mainland last October.  This put a crack in the game console ban as the Kinect system was not used for playing games but for other purposes, such as medical treatment and education. "We hope to launch the X-box into China as soon as possible, we are awaiting government approval", says Zhang Yaqin, Microsoft's Head of Asia-Pacific R&D, "I think the government will lift the sale ban sooner than later."

It is ironic that China has a ban on the sale of gaming consoles as it is the world's largest manufacturer of  the X-Box and other consoles.


THE MOUSE THAT ROARED : TINY ANTIGUA TO ALLOW PIRACY OF U.S. INTELLECTUAL PROPERTY 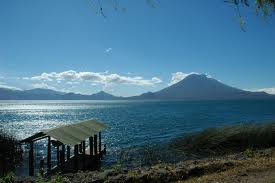 On Monday, the U.S. Trade Commission warned the tiny Caribbean countries of Antigua and Barbuda that there suspension of U.S. copyright and patents would not be tolerated by the U.S. government as the suspension would authorize the "theft of intellectual property like movies and music."

The strong statement came after Antigua announced it would enact the suspension unless the United States took its demands for compensation more seriously in a ruling Antigua won at the World Trade Organization (WTO).    Antigua, a former British colony, with few natural resources has been at odds with the U.S. since the late 1990's when it began building an internet gambling industry.  The U.S. has ban on-line gambling.  Antigua argued that the U.S. laws banning internet gambling violated global trade rules and won a key victory on this matter in 2005 when the WTO ruled that the U.S. laws discriminated against foreign companies.  When the U.S. failed to repeal the law, the WTO in 2007, gave Antigua the right to retaliate by waiving intellectual property rights protections.

Mark Mendel, an attorney for Antigua, said "The Americans never negotiated with us. That's the thing about what they say that makes us so upset."  For its part, Nkenge Harmon, U.S. Trade Representative, stated "Antigua would be unwise to proceed with the plan to authorized the theft of intellectual property. Government authorized piracy would undermine chances for a settlement.  It also would serve as a major impediment to foreign investment in the Antiguan economy, particularly in high-tech industries."

My guess is that Antigua will not move forward with its threat and the U.S. will find ways to assist Antigua in replacing lost income for on-line gambling. Trip to the Caribbean anyone? 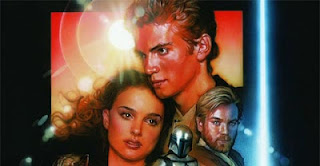 Last year, the release of Star Wars: The Phantom Menace 3D was a box-office bomb.  It only generated $43 million in its 16 week run.  Possibly due to this lackluster gross, the other two prequels to the saga - Attack of the Clones and Revenge of the Sith will not be released in 3D versions.  In fact, the scheduled September and October release dates for these two movies has been postponed.

Disney, which now owns the Star Wars franchise, has a new 7th episode in production and may not want to muddy the waters by releasing older, over viewed episodes. In addition to the new 7th movie in the saga, Disney has plans for #8 and #9 episodes. 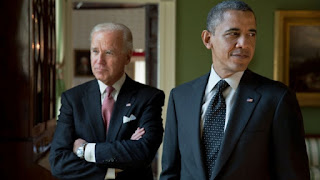 Movies, TV shows, and Video Games were excluded from the White House announcement last week regarding new initiatives to reduce gun violence in the wake of recent school shootings.

The President did direct the Center of Disease Control to "conduct studies on the causes of violence, including the impact of media" - but these are long-term investigations and pose no threat to big media.  Most of the actions were directed against guns and back-ground checks for gun purchases.  In fact, there was no harsh rhetoric aimed at media violence, and the media-related portion of the anti-violence proposals was confined to a single graph.  Citing the movie, TV, and game rating systems and parental controls that, "the vast majority of Americans know about".

The National Academy of Sciences will also be asked to undertake a 'comprehensive study' of the impact of violent content, including games and programming on children.
Funding for this will have to be approved by Congress.

Statistics are funny.  Last year, Chicago, Illinois (President Obama's home town and state) had the highest murder rate in the U.S. at over 500.  Illinois has some of the strictest gun control laws in the nation. Hmmmm.  Did you know that more murders were committed with hammers than rifles in the U.S. in 2012.  Go figure. 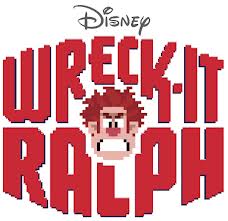 Disney has decided to test the concept of online release before the DVD release of the film Wreck-It Ralph.  The goal is to see if Disney can boost home video viewing revenue on digital platforms before the disc release.

Disney plans to release HD and digital 3D versions of the film on February 12th before two and four disc combo packs of the film are available on DVD and Blu-ray on March 5 at retailers.

This move by Disney is the latest in its experiment with online distribution methods for its films.  Last month, it signed a deal with Netflix which will allow the content streamer exclusivity to classic Disney films and offer all Disney movies eight months after their theatrical release. 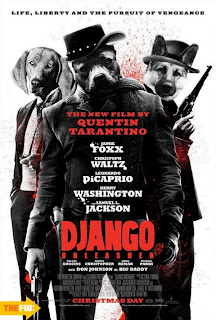 GIVING DOGS THERE 'THEATRICAL' DUE

There is a school of thought that postulates that every movie ever made could be improved by replacing the original stars with dogs - talking dogs.  And as weird as this may seem, I think there is some merit to it.

So, Django Unchained becomes Django Unleased and Argo becomes Arffgo. Why not?  Let's give credit where it is due and man's 'best friend'  a chance at fame and fortune. 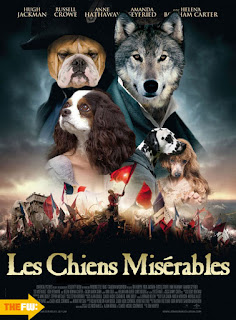 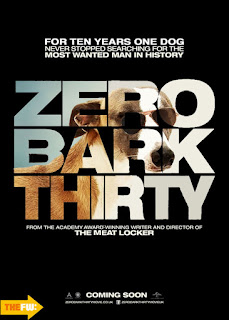 TRENDS IN HOME ENTERTAINMENT FOR 2013

THE major competitor for movie exhibitors is the 'living room'.  Without doubt home entertainment, and its relentless technological development, is the number one threat to cinema owners/operators.  Therefore, CMG closely follows the trends and developments taking place in the home entertainment arena.  For 2013 there are a number of trends that you should be aware of.

#1  While their introduction has been delayed several times, OLED TVs (organic light emitting diode) will began shipping in 2013.  LG and Samsung will start shipping large screen OLEDs in the first quarter and other manufacturers will follow. So, what's the big deal with OLED you ask.  Well, OLEDs use a layer of electroluminescent film which is made up of an organic compound.  Because the display works without a backlight, as the typical LCD display, OLEDs are thinner and lighter, and provide a higher contrast ratio with deeper blacks.  In other words, an improved image.

#2 LCDs will continue to grow in size. Forget the 84 and 90 inch models look for most manufacturers to offer models well over 100 inches.  Panasonic intro'd a 12 foot model last year (that's a 144 inch screen).  These models won't come cheap but the average TV sold in 2013 will be at least 65 inches or above.  Besides getting larger these TVs will put the nail in the coffin of digital front projectors.

#3 Remote controls get SMART for 2013.  New remotes aren't just for changing channels or adjusting volume.  They will do lots more: like voice and gesture control along with face recognition.  Voice remote will become the standard as 2013 will mark the year the Remote came of age.

#4 2013 will see the mass introduction of the Ultra High Def (UHD) TV with its 3840x2160 resolution.  Presently only available in large format 84 inch models by LG and Sony (and priced in the $17,000 range) this year we'll see UHD models in the 55 inch size for $4,000 - not cheap but readily affordable to the 'high end' consumer.
Note: one of the problems plaguing UHD is available content.  CMG doesn't expect the studios to start distributing Ultra High Def  Blu-rays discs, for example, until sales of UHD-TVs reach the million unit mark.

#5 TVs with Built-in Cameras.  CMG predicts more and more TVs will incorporate HD cameras and microphones along with Internet connectivity for Skype and other facial recognition/communication services.  Cameras will become the norm on all sized models of  TVs.

#6  A new HDMI Standard is looming for 2013, so just when you thought HDMI 1.4a was the way to go for video and sound hookup - Presto HDMI 2.0 appears. Why a new standard, well for one thing, the new HDMI can handle far higher bandwidth and thus higher frame rates, and Ultra High Def TV and its demands.

#7 Apple iTV will be intro'd along with Intel's TV network.  The heart of these systems is that they will have their own networks, allowing the average family to 'cut the cord' and bypass cable or satellite providers.  The Apple iTVs will feature a thinner, border-less screen with wider viewing angles, new multi-function remote, and very sophisticated user interface.

These are the Trends CMG sees for 2013. Cinema exhibitors take note, and when you think of D-Cinema conversion think of this competition and how your theatre needs to have a WOW factor to get consumers out of their living rooms and into your theatre.