In what could be the biggest turn of events in cinema history, the next big boost in cinema box office could be TV shows ! 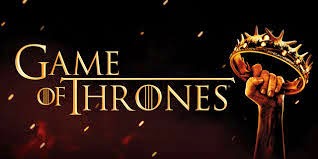 In a first-of-its-kind presentation, and what may be the ultimate in alternative content for cinemas, HBO and IMAX teamed up to exhibit two episodes of HBO's very popular 'Game of Thrones' series. Running on the largest in-door screens available (IMAX's 72' x 53' screens) between January 29th - February 5th the concept is contrary to the heretofore notion that small screen productions are not exhibited on big screens.

"The passionate  'Game of Thrones' fans have helped make the series a worldwide phenomenon and we are always looking for new, innovative ways to get them excited for the upcoming season" Pamela Levine, HBO's chief marketing officer, stated. "We thought the IMAX promotion would be a fun way for fans to come together, on a national level, and experience the show in a way that has never been done before."

In addition to two episodes from Season 4, the presentation included the worldwide debut of a 'sneak peek' trailer for the upcoming Season 5, which was created exclusively for the IMAX presentations.

Tickets went on sale January 16th but due to the overwhelming and unanticipated response, the shows were delayed a week to let IMAX increase the number of theatres scheduled to exhibit the show - the final tally was 205 theatres out of a total of 430 domestic IMAX cinemas.  The show carried an 'R' rating. 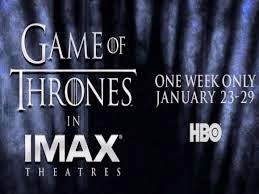 "IMAX is always looking for ways to provide audiences with something different and unique, said Lorne Orleans, SVP of production at IMAX, "and this relationship with HBO, Warner Bros., and 'Game of Thrones' achieves just that. 'Game' is a truly epic series and the scope, scale, and production value are remarkable and will really highlight what the IMAX experience is capable of."

Fortunately, 'Game' is shot in HD 1920x1080 format using JPEG2000 codecs which is a part of the cinema standard for DCP (digital cinema package) files, although, the picture was slightly cropped for the IMAX presentations.

The exhibition of very popular TV shows will allow fans to engage in a new and unique way.  This is really about a very different kind of communal viewing experience that was not available previously and it demonstrates how popular these screening could become and how good the box office generated. In my opinion, this is the beginning of a new cinema audience market as many TV shows are very popular and carry widely different demographics, making for a huge audience base.

This type of programming is giving TV show fans an experience they can't find anywhere else and a reason to leave their homes.  There is something special about being part of a presentation where you are surrounded by people that enjoy what you do - and that is an experience you can't get at home in front of your TV.

For its part, IMAX is in talks with other entertainment companies about exhibiting other popular TV series - and why not, the first weekend it showed, 'Game of Thrones' grossed over $1.5 million for IMAX.

TV may be the shot-in-the-arm the cinema needs.  The content is available, of high quality, and has a built-in fan base ready and willing to go to the cinema to view their favorite episodes. This is all good and a real win-win all around.

If you read this blog you are aware I am not a big fan of the Oscars as, in my opinion, they are not representative of  today's movie industry and what drives it. 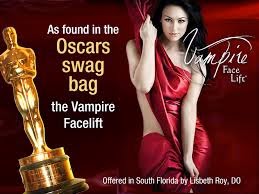 However, I do love the hypocrisy and self-indulgence of Hollywood and the Oscar's swag (goodie) bag demonstrates just that.  This year's swag is valued at $125,000 and is given to all of the nominees for any Award - win or loose.  Each year I present a glimpse of what the bag contains, so here goes.

You've got to love it. I often wonder if the winners have the time to take all of the trips - my guess is Yes! An yes, I'm going to get me a camo Mace gun.

Each year (for the past 16) Esquire Magazine publishes the Alternative Oscars - "because somebody has to acknowledge the films that weren't" nominated - and never would be.  In turn, CMG has posted some of these 'alternates'.  Here's this year's picks.


- Most Unlikely Title for a Science Fiction Film : 'Mockingjay, Part 1'
- Best Performance: Al Pacino in 'A Most Violent Year'
- Soundtrack Most Like A Classic Rock Station at Rush Hour: 'Guardians of the Galaxy'
- Movie Most Watched During Cross-county Flights: '22 Jump Street'
- Movie Most Unwatched During Cross-country Flights: 'Chef'
- Best Wrestling Match in a Film (Men): 'Foxcatcher' (Channing Tatum and Mark Ruffalo)
- Best Wrestling Match in a Film (Women): 'Wild' (Reese Wetherspoon and her giant backpack)
- Movie Pretending to be a Real Movie and Not Just a Cheap Marketing Ploy: 'The Lego Movie'
- Best Person vs. Nature Scene: Reese Wetherspoon,  yelling "Fuck you, bitch" to a canyon: 'Wild'
- Best "What Was That Movie About?": 'Guardians of the Galaxy'

There you have it folks.


For $49.95 Hasbro will be selling, through toy retailers, a build-your-own Lightsaber kit pre-release of the new Star Wars movie in December. Hasbro anticipates the new toy will have Star Wars fans rushing to get their hands on the saber kit.  Look for it at your local toy outlet soon
.


It's official - George Lucas is the richest person in Hollywood.  Worth an estimated $5.4billion puts Lucas in a class by himself.  He attained this distinction upon the sale of his production company, Lucan Films, to Disney for $4billion.  Not bad, George
.


Sigourney Weaver has told director Neill Bloomkamp and Fox Studios that she wants to return to her role as Ellen Ripley in the much anticipated sequel to the 'Alien' franchise. "If something should happen from this, it would be very organic and very original, and because of that it would make me want to do it" said Weaver.  This might just happen, as Fox is reportedly ready to greenlight the project. The 'Alien' movies represent great sci-fi and a new one would be a sure-fired box office smash.

'Fifty Shades of Grey' has mopped-up all of the in-cinema ad space available prior to its Valentine Day release.  So, advertisers who didn't book their ads last month are now out of luck.

National CineMedia, who sells ads for the Regal, AMC, and CineMark cinema circuits announced that they were "sold out" of all ad space for February due to 'Fifty Shades'.  It was the first time in years that NCM has sold out all of its ad space.

In general, the cinema advertising business is anticipating a banner year thanks to a slew of upcoming box office bruisers, including: 'Star Wars', 'Minions', and Pixar's newest, 'Inside Out' - just to name several.  NCM, which is trying to form a merger with ScreenVision (its rival in the in-cinema ad space) reported that it has ad commitments exceeding $225 million for 2015, a huge increase over last year's total of $110 million.

Many of the advertisers for 'Fifty Shades' were female focused brands and their commitment represents the biggest advertising expenditure since 'Sex In the City'. What's good about in-cinema ads is that they are relatively inexpensive, compared to say TV, and they are very measurable.

Seek and ye shall find - or maybe not!  The boast of accessing content anytime, anyplace. on any device is just that - a boast.  In fact, just finding what and when it's available for viewing is a real chore - as there exists no fully integrated digital program guide.

A recent survey by Hub Entertainment Research found that 61% of viewers say "they need a universal program listing to find shows across all sources and devices".  A universal source to search across content platforms simply does not exist today.

The survey found that in regards to the high-impact, action and animated films consumers' preference was to go to the cinema vs. any other platform.

Ask any studio executive or movie producer and they will tell you that the challenges they face today are more severe and complex then ever.  That the old models of making and selling movies are breaking down.

The issues range from a declining young movie audience, to a lack of diversity in content creation, to poor management at the studios, to inadequate audience measurements.  Many in the industry feel that the biggest issue is that it just costs too much to develop, produce, market, and release a movie - and most do not turn a profit. So, the ones that do make money must pay for the losers.  Today, it is all about the sequel and franchise.  And as the market changes the challenge to make a profit increases - a perfect example is the demise of DVD move sales.

Hollywood has to realize that there is a permanent change happening in viewing habits - which puts the current movie model at risk.  Young audiences of today are growing up with a different way of viewing and accessing content which puts 'big screen' viewing harder and harder to sell.  It is the blockbuster bruiser, high-impact/action films which drive today's cinema box office - and this trend will continue.  The top 25 movies generate 70% of the global box office.  The need to produce and distribute low budget, message dramas will continue to deteriorate and fewer movies will be produced - and this is a good thing!

The demographic shift that is occurring in the U.S., whereby the 18-34 segment of the population will be the largest and the Hispanic the fastest growing demand that changes be made.  On top on this is the fact that consumers have a lot of choice when it comes to what, when, and where to view content.

Hollywood may not be broken but it needs to change focus. The Oscars are a perfect example of how far out-of-date Hollywood is with the movie going public.

Movie Critics - Are They Fair?

Should movie critics view films more then once so as to better appraise the effort and perhaps see what may have been missed in their first go-round? Or would that be unfair to the normal moviegoer - who gets one shot to appraise? 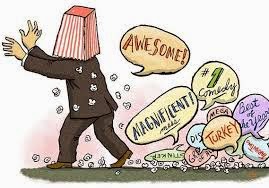 According to some critics, once is not enough and to appraise properly several viewings are required. However, how can this be. For a mystery or whodunit, it's never the same after the first viewing. Additionally, critics may have to view 10 or even 12 movies in a week's time during summer or holiday release schedules - leaving them mentally drained and no time for second look-sees.

Is viewing a movie upon its release at a cinema or viewing it at a press screening different experiences? And would the critique be different given different circumstances.  Many film critics resist repeat viewings, insisting that a second look may taint their viewpoint - good or bad.  Some critics say they, in effect, watch a film twice during their first viewing - both for pleasure and critique. "I need to experience the movie in the way everyone else will, but also, simultaneously, to reflect on that experience, to analyze it " AO Scott, film critic for the New York Times, told CMG. "This is more complex than it sounds. It is more of an acquired technical skill than anything else. Like learning to play left-and-right hand piano parts". 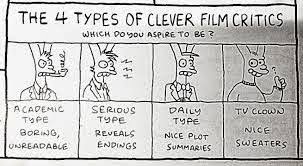 Seeing a movie twice implies you missed something the first time and leaves room for doubt - first impressions maybe best when judging films.  No critic worth their salt wants to be viewed as a PR person - they need to be arms length and objective.

Cinema is the most democratic of the arts. Gender, age, race, nationality all people have an opinion on each movie they view: therefore, critics can be held accountable by every moviegoer - agree or disagree. You can't please everyone so, I my opinion, one viewing is enough.

Best
Jim
Posted by Cinema Mucho Gusto at 11:31 AM 0 comments