THX Ultimate : Will This Format Prosper

The new system is a direct attack against Imax and Dolby cinema. Exhibitors would purchase the system and create its own ticket pricing. While the cost of the THX Ultimate was not disclosed, it is known that the Barco dual laser can run in the $1 million range, while the sound system can be upwards of $ 70 - 80,000 or higher.

Theater owners would purchase the system and create their own ticket pricing. WOW, this will be a first for the industry and it's high-time people took note of the cinema and how they are treated by the major studios. The rules of cinema exhibition are changing and fast, exhibs take note and move forward.

It's fair to say that Netflix has forever changed the TV and Movie industries but they don't believe they are the disruptor some in Hollywood accuse them of being. 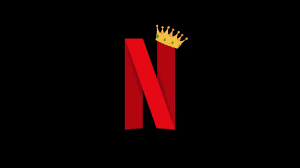 According to Ted Sarandos, Netflix's Chief Content Officer, "The disruptor tag has negative connotations. It gets hung on my head a lot, but I feel that it's not really what we are up to. I feel we are trying to preserve and improve on the formats, and improve and grow storytelling."

It has never been Netflix's goal to export Hollywood to the world. Their goal has always been to find the great storytelling from anywhere in the world and take it to the rest of the world. They maintain that Netflix is preserving filmdom's traditions, while giving creatives new opportunities to tell stories.

"I think TV and films are distinctly different art forms but they tend to be increasingly consumed in similar ways by consumers, and they don't make the distinction between a really great series that, to them, is nothing more than a 13-hour long movie ",  says Sarandos.

Netflix has had a huge impact on the entertainment industry and in the way people view content. CMG believes that their impact will continue and that movie exhibs should embrace Netflix and screen their content in addition to the major studios' films.

The number of global subscriptions to online video streamers surpassed cable TV for the first time ever in 2018 ! Worldwide there are now over 615 million streamers vs. 556 cable users.

DVD and Blu-ray sales dropped 15% in 2018 while streaming surged 24%. Americans now spend 52% of their media time on a digital platform - as home entertainment topped $55.7 billion.

So, it appears that the tremendous growth in streaming at home has devastated movie rental and discs sales and has not impacted cinema admissions in an averse way. The top streaming film for 2018 was Black Panther, followed by The Greatest Showman, and Star Wars Episode VII, The Last Jedi

Atom is attacking the issue differently than MoviePass did, it is launching a new offering that will enable exhibs to launch their own customized subscription service while relying on Atom's infrastructure and technology. Although it hasn't signed-up any cinemas it is in conversation and plans to pitch the service, named "Atom Movie Access" at CinemaCon next week.

MoviePass was doomed from the get-go. Its premise of low cost movie-going to generate more viewership so higher concession sales could be had was flawed. MoviePass lost hundreds of millions of dollars but it did introduce the notion of subscription service at cinemas - and several of the major circuits, notably AMC and Cinemark grab onto the idea and ran with it to great success.

CMG has touted the idea for several years to independents and now Atom will make it possible for these smaller players to offer this very lucrative admission option.

According to Atom, their goal is "to be a great partner that provides technology that enables exhibitors to create their own subscription programs."  Atom has not, as yet, announced prices for their service but has indicated that the upfront fee "will reasonably priced" and suggested that the company will get a cut of the subscription revenues generated.

The process works as the subscription services will be integrated into Atom's app, allowing users to buy tickets through their plans. On the back-end, Atom will also manage payment process, customer service support, fraud detection, and anti-abuse measures for exhibs.

CMG says "GO Atom" Every cinema should have a subscription service, it's what customers want, and it's a money maker. Contact Entertainment Equipment Corp. (entequip610@gmail.com) for more information on Atom's service and how to get started.

Netflix is doubling-down on the success of 'Bandersnatch', the interactive series that ran in India. Expect to see more and more interactive story-telling on Netflix for all of its content - sci-fi, comedy, romance, and dramas.

Netflix, now with 169 million subscribers worldwide is expanding its Indian content production using Mumbei's production facilities. It is also increasing that languages its content is streamed from 25 to 30 this year.  Netflix also beat out HBO, Hulu, and Amazon on customer satisfaction surveys.

It appears that the follow-ons such as Warners, Disney, and Apple are gunning for Netflix. Their only problems is that they are late in the game, are planning on charging too much for their streaming, and are limited to their own libraries of content for screen fodder. Most folks in the U.S. are already committed to Netflix and perhaps Amazon through Amazon Prime membership. Most consumers are not going to be adding two or three other services to their cadre of streamers.

Netflix is king of the hill, spending more than $9 billion on content last year and upping the ante this year. Their content is worldwide and their subscriptions are growing at the rate of 8.5-9 million per quarter.


Posted by Cinema Mucho Gusto at 1:43 AM 0 comments

Apple Streaming : Where It Stands

Details of Apple's proposed video streaming service are quite secret - but a few key features are to be unveiled at a 3/25 scheduled press event.

Rumor has it that Apple's new streaming service will contain both original content and others' as well. Some of the Apple's content will be free while other will carry a subscription fee - very similar to Amazon'a Prime Video.

However, Apple does have a one up, and that its content will be suitable for viewing on the 189 million iPhones in use within the U.S. Additionally, there are millions of iPads where the Apple streaming app could be used. Given this, Apple will be a major force in video streaming. Will it hurt Netflix? No. There business models are quite different. Netflix is an only subscription-based service and does not charge for one-off content viewing. Plus you don't need to purchase a device to view its content, ala Apple.

No doubt Apple will be a contender in the streaming arena and adding streaming to his roster of products will enhance its financial performance. The one player that will feel the pain is Disney + (Disney's upcoming streaming service) as they are intending to follow the same model that Apple is adopting.

Showbiz Bans The Burger : But Just Some


It's in vogue to serve fast-food at high-end galas and parties. From the White House to H'wood mega-parties and the Oscars were no exception this year. 'In-N-Out' is the burger-haus of choice as they make a very good burger. However, politics have now gotten involved in the burger trend.

A week before the Oscarfest, PETA, the animal rights group, sent a letter to a bunch of H'wood insiders urging them not to eat 'In-N-Out burgers but to opt for other fast-food fare from McDonald's, Burger King, and Carl's Jr.'s.  It appears that the burger of choice for these anti-gourmand parties is the 'In-N-Out' Double Double burger.  In fact, 'People' mag did a photo gallery last month with 26 images of stars from Julia Roberts to Aziz Ansari chowing-down on these burgers.

PETA confirmed that it had sent letters to "Hollywood's elite" asking them to skip In-N-Out and go to another outlets for their burger-fix. Better still, the letter encouraged the stars to go meatless. As quoted from the letter, "every person who goes vegan spares nearly 200 animals every year daily misery and a terrifying death."  Heck, I didn't think I consumed that many head of cattle per year - that's a lot of meat! Me thinks it's a tad overstated.

Not to be left out, 'Beyond Meat' a plant-based meat company said they were also a logical alternative to meat burgers and threw their hat into the fray.  Now, I have to confess that I have had burgers from 'In-N-Out' and all of the other fast-food burger outlets from 'Five Guys' to 'Zin Burger'  and I can attest that the 'In-N-Out' makes a pretty darn good burger (when ordering say you want the Double Double Animal Style - not on the menu).

The problem is PETA singled out 'In-N'Out' not because they serve burgers  but because this privately-owned chain leans right politically, much akin to the 'Chick-fil-a' chain, and PETA doesn't like that.

To be honest, I've had some very good tasting veggie burgers as well but it's a totally different taste and I've never had one that tasted like a really good beef burger. O! Don't forget if going vegan order the veggie burger sans cheese and mayo.