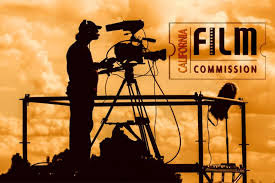 Netflix & Exhibs .... Will The Twain Ever Meet

'The Irishman', a film by Marty Scorsese, includes a star-studded cast of gangster favs: Pacino, DeNiro, and Pesci. It will premiere on opening night at the New York Film Festival September 27th and is already rumored to be a strong Oscar contender.

When Scorsese brought the idea of the film to Paramount, the studio balked at the estimated $159m price tag, so Marty went pitching to Netflix who embraced the project. Now the film is in the middle of a battle between the big cinema chains and the world's foremost content streamer. The conflict has dragged on for months and there appears to be no compromise in sight.

Scorsese has been pushing for a national release and Netflix is negotiating with AMC and Cineplex for a wide release; however, the chains want the film for 90 days before available for streaming. Netflix's focus is on it ability to deliver prime content to its 150 million subscribers and does not want to adhere to "old-style movie business habits". For 'The Irishman' Netflix was willing to go out 21 days before streaming - but no deal so far.


Under Academy rules, to be eligible for an Oscar, a film must have a seven-day run at a commercial cinema in L.A. county but it can be screened simultaneously on another platform. This is the right scenario. CMG has always pushed for a day-and-date release to the Netflix/exhibition controversy.

Note: Scorsese used a new special effects technique called "de-age" in the making of 'The Irishman'. It takes the actors actual faces makes them look younger and then ages them gradually throughout the film. Also of note, Joe Pesci can out of retirement to star in the film as a favor to Scorsese. 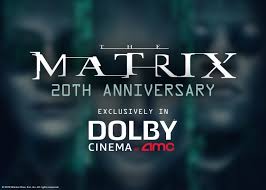 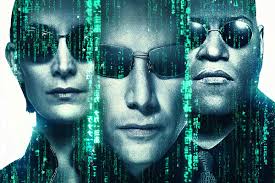 Entertainment China, Will It Ever Be Number 1

With China it's all about volume, as in headcount, and that goes for entertainment as well. 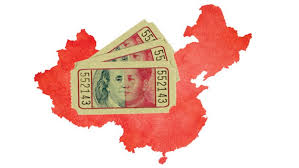 With all that said, China remains a very dicey place for  entertainment businesses to function. So far, entertainment has been able to escape the wrath of the U.S./China trade issues - but talks of expanding foreign entertainment have stopped.

The movie industry is the poster child for everything entertainment in Big Red.  Local movie production and its accompanying boxoffice has been on a steep rise and when added to U.S. produced films the total gate is expected to surpass the U.S. boxoffice next year.

China is also looking Westward. Gone are the days of co-produced films with the major studios for local consumption - the goal now is to create home-grown films that satisfy local tastes and also 'play' in overseas markets.

For example, the newly constructed Qingdao Oriental Movie Metropolis is the world's largest studio complex with 40 soundstages, currently running at 70% capacity. What the Chinese lack is talent in screenwriting, production, script consulting, and VFX know-how.

Content streaming is very big in China. Netflix is not allowed to operate as is YouTube and Amazon. Instead it's TenCent Video, Alibaba's Youku, and iQiyi, these three streamers represent a full 60% of all video-on-demand subscribers in the world! 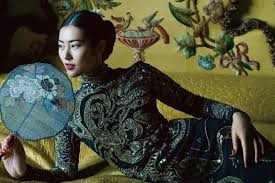 The greatest foe of the entertainment industry are the government censors. Beijing views entertainment as a vehicle to boost China's image and bolster the Communist Party's politically correct values. Movies come under the control of the propaganda bureau - a group with no sensitivity for a commercial film's success or failure.

Currently there is a cap on the number of foreign films imported each year into the China market at 34. This cap was set in 2014 and there are no on-going discussions to increase this quota.

The Chinese entertainment market is huge and remains the big prize. The entertainment landscape has changed greatly over the last 10 years and the next 10 will see greater change and greater opportunities.

Back in 2014 (a lifetime in the digital domain) we posted about a cloud-based video locker service called UltraViolet - this week UV will be tossed into the proverbial trash bin of cinema history. 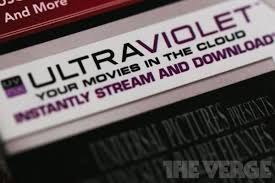 UltraViolet as launched by a number of media-based companies from equipment manufacturers, to retailers, to all of the major HWD studios with the exception of Disney (which introduced its own service called Disney Movies Anywhere).

UltraViolet never really got much traction from consumers as they embraced streaming services, i.e. Netflix, over media ownership as access vs. possession has become the norm in our lives.

Shuttering its doors this coming Wednesday (7/31) puts an end to one of the media industry's most ambitious efforts to promote the ownership of content with retrieval of that content from one site specific by the owner.


In hindsight, UltraViolet was doomed from the start. Like many services from Uber to Netflix it is not the possession that counts but the access to the service that matters.

Posted by Cinema Mucho Gusto at 10:22 AM 0 comments

Netflix Tightens The Noose on HWD

SAG-AFTRA, inked a new deal with Netflix yesterday, which expanded the coverage and benefits of  Union's members.

Up to the present, Netflix and the Union had a standard master contract which was signed on a production by production basis. The new deal, a master two-year contract, includes gains for the Union's members in theatrical residuals, improved overtime rates for stunt performers, and member protections regarding harassment and auditions.

The new agreement was "overwhelmingly" approved by the national board which issued a statement saying, "Netflix has set the gold-standard in the industry for awareness of gender equality and promoting the participation of all regardless of gender, ethnicity, or race".

SAG-AFTRA's agenda now includes getting the major film studios to match the Netflix deal. This was a very smart move by Netflix.

Posted by Cinema Mucho Gusto at 8:25 AM 0 comments

The UNIC demanded that all Netflix titles get "a full theatrical release." All of the Netflix entries were streamed but had "technical only releases in cinemas."

Last year, Netflix had six entries and was embraced by the Festival bigwigs which repeatedly stated that it was not up to the Festival to get involved in distribution issues. There are three Netflix titles entered this year: 'Sullen Mia Pelle', 'Roma', and 'The King'. Cannes did not include any Netflix films in its main competition because of fierce opposition from French exhibs. Berlin did include them.

Festival does not want to get involved in
distribution issues.

CMG believes the battle will continue but given the dominance of Disney at the cinema boxoffice, Netflix has, by default, only one competitor. If Netflix continues to outpace all of the major studios in terms of content delivery the tide will turn in its favor.

Posted by Cinema Mucho Gusto at 8:04 AM 0 comments