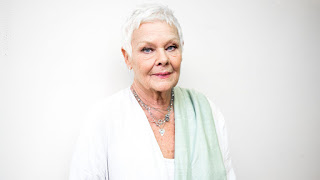 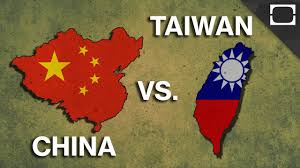 
Posted by Cinema Mucho Gusto at 8:36 AM 0 comments

Oscar Must Wait For Its Museum, AGAIN!

The Academy of Motion Picture Arts & Sciences' Museum is on hold once again, as it appears the H'wood glitterati are reluctant to pony-up the $100m required to complete the project.

According to the Academy, "we have always chosen the path that would enhance the structure, even if that meant construction would take more time to complete". Funny, they left out the words 'we need more cash to complete this wildly out-of-control project".

Since original inception, the Museum's exhibitions have been expanded in scope (requiring more interior space) and the collection of items to be exhibited has doubled - thereby bringing the new budget to $388m. It has been reported, by Variety, that fundraising has stalled at $281m - leaving a $100m+ shortfall.

Hmmm.... I guess all of the big-monied H'wood movers & shakers aren't up for doing the civic, good-deed.  Who needs the Museum anyway? Who cares about the fans? Let them eat cake.

Posted by Cinema Mucho Gusto at 10:25 AM 0 comments

It's All About Egos : Pissing Rights to Biggest B.O.

Yes, it's all about who has the biggest gross. In the egotistical world of entertainment Disney has decided that it wants to have the record for the film with the largest box office in history - so, it is re-releasing a new version of  'Avengers: End Game' next weekend.

The new version will have a "few new twists at the end of the movie and if you stay until after the credits, there will be a deleted scene from the first film, a little tribute, and a few minor surprises", according to a Disney spokesperson.

The reason for the re-release is an effort to take-down 'Avatar' as the biggest grossing film on record. For nearly a decade, 'Avatar' has held the gate-take record at $2.78b. 'Avengers: End Game' has amassed $2.74b to date - it needs to garner $44m to surpass 'Avatar's' record.

Now, 'Avengers: End Game' (the first version) is still in release in second-run houses and even in first-run auditoriums at megaplexes (nothing else to screen), so was it wise to release the revised version so soon?  Could the prospect that Disney (Marvel) in unveiling deleted scenes and post-credit footage be enough to get the comic-crazy fans back into cinema seats?


'Avenger' devotees have been busy on social media, rallying support for 'End Game' to be the world b.o. champ. CMG predicts Disney will make at least the $44m required to break 'Avatar's' record and than some. As one should  never
underestimate fan-power and its inexplicable emotional draw.

Only Potter and Star Wars can match Fast and Furious when it comes to franchise stardom - as Universal announced that the ninth film in the series will be release in May 2020. 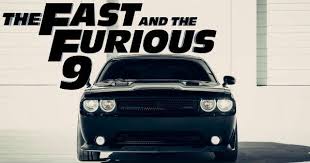 First launched in 2001 (can you believe it) with  'The Fast and the Furious', the series is centered on family and friend relationships with a heavy dose of supped-up  import cars and a loose code of moral ethics.

Note: if by some odd quirk you missed or purposely avoided any of the past eight films, iTunes is offering them as a package for $49.99. So, if you want to catch-up do so, and turn up the volume.

To give you some perspective as to what the F&F films are all about, the opening lines in the first movie pretty much indicate what to expect. "We just packed up the real money load, and it's comin' your way." a dockworker says. Then three black Hondas attack a semi with grappling hooks - what's not to like?


The Fast Franchise is not high-end drama. Plot is loose here. What is the sell, is the interaction of the characters and the special effects and stunts. Where else can you witness over 200 vehicles being destroyed - cars, planes, trucks, helicopters, motorcycles, - it's all in a day's work for the Furious. Oh, did I mention explosions both via pyrotechnics and in the interaction of the characters. Realism is irrelevant in the Furious films, as it should be. They are intended to be over-the-top, high-impact films - and moviegoers love them.

Because of a riff with Van Diesel, Dwayne Johnson will not star in the new film and is being replaced by John Cena but the remaining cast, ex Paul Walker, is present.  A F&F spin-off , 'Hobbs and Shaw' staring Johnson and Jason Statham is being released in August. It will also feature Edris Elba and Helen Mirren in leading roles.

I enjoy the F&F films and to be ranked with the likes of the Star Wars and Harry Potter franchises is a wonder unto itself.  Enjoy the ninth edition.

Posted by Cinema Mucho Gusto at 8:51 AM 0 comments

I hardly ever write personal pieces for this blog, but I'm breaking the rule today and imposing my own bias on you. Come on .... you can take it, and besides, it's for your own good.


We all want to be productive, I think? Well, most of us anyway. For me, the most productive time - to do almost anything - is in the morning. Sticking to a morning regime will help you stay central and focused. So, each morning:

- Eat Breakfast, but not a huge repast. I don't advocate large breakfasts to start the normal day (perhaps this works for a Sunday brunch). Coffee (a must have for me),
yogurt, fruit, toast, are good choices. Keep it light.

- Think - what's my main purpose for today. What do I want to accomplish - professionally and personally. Make the to-dos realistic. 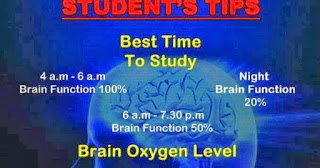 - Keep a written calendar and refer/update/change on daily basis. Use the calendars where you see
the whole month at once. Always use a physical and not virtual calendar. If I write it down its much better for me to remember and much easier to change.


- Go through emails (I use 4 email accounts each related to a different activity or
company: I go to each and respond as required.

- Finally, I post to the two blogs I author.  For me, I'm most creative in the morning particularly when composing.

So, that's it. The moral: the morning starts the day. You need time in the morning. It's not a time to be rushed. Get up early enough to allow yourself to 'set' for the day ahead.  I think you'll find that your creative and cognitive thinking is best in
the morning - try it!

Top of the morning to ya,
Jim Lavorato

As a follow/up to our numerous posts on auto-ticketing, Atom Tickets (as predicted) is becoming the big winner in the ticketing arena and just signed up Cinemark, which will add 4,500 screens to Atom's total of 26,000 screens being serviced.

Atom, which has raised $125m from the likes of Lionsgate, Disney, Fox, and Fidelity rose-up with the demise of 'MoviePass'. But, unlike 'MoviePass', it does not take a piece of the b.o. or concession take (which was the flaw in the 'MoviePass' strategy.

Atom reports that it currently has 6m unique visitors per month to its site - which will be growing with it inked deal with Cinemark.  As we predicted, two years ago, Atom will win out over Fandango
as well. Also, in my estimation 'Rotten Tomatoes' (a sub of Fandango) will die-out as well.

Sly Stallone, who will be 73 at the time of this film's release, was 36 when "First Blood" was released. But even at over seven decades in, Stallone can still cut-it as an action hero and this film
will not disappoint fans. Watch for Rambo-type action with lots of explosions, bombings, the 'knife' and bow w/exploding arrows.

Let's go out on a limb and predict that this will be the highest grossing of all the Rambos and certainly a must watch for me.  Stallone has made a career out of franchise films: the 'Rocky" series, 'Expendibles', and 'Rambo' have all turned out to be B.O. successes.

Posted by Cinema Mucho Gusto at 8:54 AM 0 comments