I have written in this blog that Rotten Tomatoes' days were numbered. The beginning of the end started when Twitter, Instagram, and texting came to the fore. It's now heating-up and the Tomatoes are beginning to stink.

To counter their falling from relevance, last week RT announced that it was remodeling its scoring system so trolls could no longer torpedo films before they have opened. The statement read, "We are disabling the comment function until after a movie's release." RT has also made layout changes to its website - the Tomatometor is still being used but, I believe, its days are numbered.

Ask yourself, what is the valued-added for moviegoers by RT? Their ratings, for sure, will be so late to the game as to be irrelevant.  Moviegoers quickly know from their circle of friends, family, and acquaintances whether the movie is worth viewing or not.

The Tomatoes have been on the vine too long. The advancement of technology has made it passe' - like MoviePass and Fandango, it is only a matter of time before RT is relegated to the trash-bin of cinema history.

The Predictable Death of MoviePass

As predicted by CMG, MoviePass, the movie subscription service, has (more or less) been relegated to the trash-bin of cinema history as its parent company, Helios and Matheson Analytics has shrunk to less than a penny a share in value. However, the idea of a movie subscription is alive and well.

Take AMC Theaters, for example, which took the MoviePass strategy, tweaked it to suit their own needs, and now has over 700,000 subscribers. As an alternative to MoviePass, AMC's service allows moviegoers to view three films a week in any format for $19.95 - $23.95 per month, depending upon the State where they reside. The membership also includes free popcorn and soda upgrades, free corn refills, and express service at the box office and concession stand.

So, a good idea was taken to the extreme by its inventor which lost big, but was copied by others that are generating huge revenue based upon the original idea but suited to their business mission.

The CINEMA SUBSCRIPTION : The Way Forward For ALL Cinemas.
Posted by Cinema Mucho Gusto at 8:46 PM 0 comments

H'wood Studios: Their Backs To The Wall

Barry Diller, ex-film and TV CEO and currently Head of the Expedia Group, warned the Hollywood studios, last week, that they have lost  substantial power saying, "Hollywood is now irrelevant and those that chase Netflix are fools." 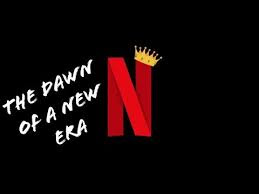 Diller argued that the studios do not understand and can not replicate the content streamers entertainment model - be it Netflix, Amazon, or Apple. "The entertainment business has become the media business", says Diller.

He did give some credit to Disney for their pending launch of Disney+, but he, like this blog, sees Disney playing only a peripheral role in content streaming. The era of the major studios dominating the movie industry is OVER!  The six (soon to be five) majors are making movies vs. making movies and distributing them to the mass public.

As I have stated in numerous posts to the CMG blog, movie exhibitors MUST form an alliance with Netflix and other alternative content providers and begin to screen their content. Make no mistake, Netflix, and others, will be major producers/distributors of movies in the future and must be engaged by exhibitors.

You can't make this stuff up. The Academy of Motion Picture Arts and Sciences issued an edit yesterday, stating that going forward the winners of four categories will have their Oscars given to them during the commercial breaks - and will not be seen by the show's viewers.

This will be a first for the 91st Oscarfest and the choices meet with great criticism by the Academy's rank and file. The four categories are: Cinematography, Film Editing, Live-action Shorts, and Make-up.

Now, while I'm all in favor of the time saving efforts to shorten the Oscar telecast, I, also, question the choices.  Cinematography and Film Editing are at the center of any film's production and really deserve telecast recognition. But, once again, the Academy blew-it and made another huge mis-step.

Posted by Cinema Mucho Gusto at 11:42 AM 0 comments

Well, it's not WHO you Think! Social media is all about fan-base and how you interact with your base.  Finding that perfect demographic that will cling to your tweets, selfies, Instagram pics, and Facebook and YouTube videos. Right now, the Top 10 Hollywood socialistas are the following: 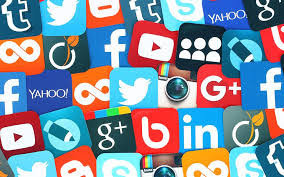 Academy Awards Get Worse By The Year

It's no secret that CMG is a big critic of the Oscars - prior posts abound regarding the ridiculous nature of the Awards from the political use of the podium to the very type of Awards bestowed.
That said, this year did not disappoint. Finding it impossible to even get a noted celeb to host the show this year's show is destined to be another flop.

For example, last week the studios representing three of the nominated Best Original Song were told that they had no time for them to perform their 'tunes' during the Oscarcast. Then..... this week they were told they would be included. So, as it stands now all five songs will be performed but (here's the catch) in a 'truncated 90 second form'. It this nuts!

It was not clear which, if any, of the performers associated with the nominated songs had accepted the Academy's offer to perform, be it Emily Blunt, Lady Gaga, Kindred Lamar and SZA, or Willie Watson.

Sources tell CMG that all of the nominees had united and told the Academy it was an "all perform or none perform" deal. It should be noted that the Academy tried to substitute the nominated songs with an opening of 'Bohemian Rhapsody' by member of Queen. This was resoundly rejected by Queen and will not be happening.

The five Best Original Songs nominated are:
- "I'll Fight" - 'RBG' - by Kate Hudson
- "The Place Where Lost Things Go" - 'Mary Poppins Returns'  by Emily Blunt
- "Shallow" - 'A Star Is Born' by Lady Gaga
- "All The Stars" - 'Black Panther' by Kindred Lamar and SZA
- "When A Cowboy Trades His Spurs For Wings" - "The Ballad of Buster Scruggs by Willie Watson

Speaking of the Oscars, the CinemaCon gets the Cold-shoulder as well?

Sony Pictures will be spurning CinemaCon this year and Fox hasn't decided if it will attend the annual gathering of studios and movie exhibitors.

A representative of Sony confirmed that the studio decided against attending the fest. Sony did not elaborate on why it is opting out. Normally, all of the major studios give an hour-long presentation of their upcoming roster of films with footage and high-profile actors hyping the movies.

Fox, which is being acquired by Disney, has not yet decided whether to made a separate presentation of have it folded into Disney's presentation.

CinemaCon is operated by the National Association of Theatre Owners. Could this be the beginning of the end for the fest? With Netflix, Amazon and other non-Hollywood players now being part of the movie-scene and not being part of the cinema exhibition who knows?

Brits Are Happy, as Film and TV Production in UK passes $4 Billion Mark 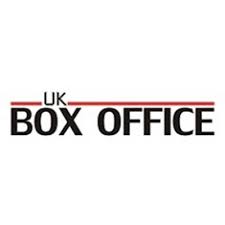 Topping 3.1 billion pounds in 2018 the spending on high-end TV was up 4% and was the highest since tax breaks were introduced for big-budget productions in 2013.

England remains a production hot-spot, with multiple new studio projects in the works. Three of 2018s top five grossers at the British boxoffice were filmed in the U.K. - "Avengers: Infinity War", "Mamma Mia! Here We Go Again", and "Bohemian Rhapsody".

For 2019, the now Bond film will go into production as will TV biggie "Game of Thrones", and there is talk of Netflix setting up a U.K.-based production hub in Pinewood.

So, it appears that the U.K. will remain one of the most in-demand places in the world to create movie and TV content.