By my count, there will be 98 major movies released during the September-to-December period and it looks to be one of the best fall seasons EVER !

Now, I may be going out on a limb but when a previewed the release slate I saw a number of really good box office grossers, so I don't think I'll miss the mark and may hit a bull's eye with my prediction. My picks are as follows:

Sleeper Picks: Bachelorette, The Inbetweeners, The Perks of Being a Wallflower, Don't Back Down.

Of the 98 major releases 9 will be in 3D: Finding Nemo 3D, Resident Evil:Retribution, Hotel Transylvania, Frankenweenie, Wreck-It-Ralph, Life of Pi, Rise of the Guardians, The Hobbit, and Monsters, Inc. 3D.

A great roster of films for the Fall of 2012 so it should be a very merry holiday season for distribs and exhibs alike.

HIGH LITES OF THIS WEEK'S REPORT

WB Targets Pirates Using AMAZON
Last week Warner Bros. filed suit in U.S. District Court in California alleging that third-party sellers are retailing counterfeit and unauthorized copies of WB movies through Amazon on-line.
In its suit, WB states that it "has suffered and continues to suffer irreparable harm and damage through these illegal sales."  The suits were filed against Amazon seller Todd Beckman and 10 other co-defendants with an additional 19 lawsuits filed against other sellers.  WB claims there are more than 2 million independent sellers using Amazon.com as there sales vehicle.
WB claims the defendants sell the counterfeit and pirated copies of movies in several formats, including: video cassettes, laser discs, DVDs, compact discs, and BluRay discs.  Amazon declined to comment on WB's allegations.  CMG will keep you informed.

Last year CMG reported on the value of equipping cinemas with the ability to accept payment for admissions and concession sales via smartphones - and saying that the Google Wallet was one of the best payment systems for this.  Since that time, the use of smartphones for retail payments by consumers has soared.
The Wallet is now one of the largest apps used for phone payments and it just expanded - as it can now be used with all credit cards.  Originally, only Citibank customers with a MasterCard could use the Wallet service, but last week Google enhanced Wallet so it can now be used with any credit card and allows users to access credit card data and the capability to disable Wallet on-line should your phone be lost or stolen. Google Wallet competes against Square, LevelUp, and Pay Pal but with its new enhancements Wallet is the most user-friendly system.
For there part, to take advantage of a phone payment system, cinemas need to install point-of-sale systems that include near-field-communications (NFC). NFC allows cash registers to communicate wirelessly with smartphones.  About 200,000 retail outlets in the U.S. currently use Google Wallet - including McDonald's, WalMart, Whole Foods, and Macys - which also use Wallet to provide users with store coupons and rewards.

Entertainment Equipment Corp. and NOISE Studios have formed a representative agreement, whereby NOISE will sell, install, and service cinema audio products throughout the Middle East and North Africa. with the assistance of EEC.
Located in Cairo, NOISE Studios currently markets, installs, and services audio systems to commercial and entertainment venues. "Given it's international business experience, the addition of the cinema market - through its affiliation with Entertainment Equipment -  will further strengthen NOISE's market depth, reputation, and brand" says, Mohamed Omar, President, NOISE Studios.

" As in the Far East, the cinema is expanding rapidly in the Middle East and there is great opportunity for good companies to grow and prosper. Our venture with NOISE will expand our market reach and provides a real growth opportunity for us", states Jim Lavorato, President, Entertainment Equipment Corp. 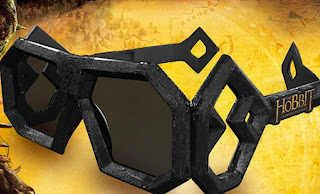 "The Hobbit" To Use SPECIAL EDITION 3D Glasses

The Hobbit franchise will consist of three films which are scheduled to be released in a high-frame rate format of 48 frames per second and in 3D.  For this event, special edition 3D glasses are being producted (see insert).

Inspired by Middle Earth the first of the 3 films - The Hobbit: An Unexpected Journey is due to be released on December 4th.  It is rumored that The Hobbit trilogy will have the impact and imagery of Avatar.  Lets hope it does and matches Avatar's grosses as well,

Kodak's Patent Portfoilo - On The Block 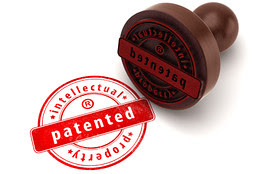 This coming Monday, the bidding will take place on the purchase of Eastman Kodak's patent portfolio. The deadline for bid submission is 5pm EST.   Over 1,100 patents will be up for sale with the most sought being those related to digital-photo technology.

Kodak hopes the auction proceeds will surpass the $2.6 billion estimated auction value of the patents  and provide it enough money to pay off it creditors and allow it to be released from bankruptcy (which it entered into earlier this year).  Early indications are that a bidding war may be brewing with Apple and Microsoft teamed with patent purchaser Intellectual Venture Management pitted against Google, patent purchaser RPX Corp.,  Samsung, LG Electronics, and HTC (the cell phone manufacturer).

Kodak hopes the opposing groups will enter into a bidding war as was the case last year when the same groups fought over Nortel Networks patents which finally sold (to the Apple/Microsoft group) for over $4.2 billion - and were not of the scope or  importance of the Kodak patents. Unfortunately, for Kodak, last week the U.S. International Trade Commission invalidated one of Kodak's most valuable patents - the one governing how images are previewed by a digital camera.

Even with the ITC's determination, however, Kodak's patent portfolio is substancial and provides holders the potential to block competitors from releasing new products - particularly  smartphones and tablets.