Paw Patrol - Where To Watch It?

Its first big-screen debut, the very popular children's TV series opened yesterday at cinemas. Movie distribution is in a state of chaos right now. Running at cinemas? Streamed? Both? Time wait to streaming? At cinemas, only,

I have been covering this story from its inception and it has taken a twist I hadn't anticipated.

Disney has filed a motion to force Johansson into private arbitration to address the two parties' dispute over payment for the 'Black Widow' movie. Disney's position is that there is nothing in the Disney contract with Johansson that entitles her to any proceeds from streaming revenues of the movie.

Scarlett's attorneys have argued that Marvel's (owned by Disney) general counsel affirmed in 2019 that the "film would be released like all of our other pictures." Further, the suit was filed against Disney, not Marvel.

For their part, Johansson's attorneys contend that the suit was filed because Disney and not Marvel interfered with Marvel's contract with Scarlett in order to boost its streaming channel Disney+.

"Why is Disney so afraid of litigating this case in public? stated John Berlinski, Johansson's lead attorney. "Because Disney knows it cannibalized box office receipts by the day-and-date release of the film at cinemas and on Disney+."

Now we wait to see what happens to the motion for arbitration.

Wick: You Either Love It of Hate It

I really enjoy viewing the John Wick film series. Wick (aka Baba Yaga) portrayed by Keaue Reeves returns next year in 'John Wick: Chapter 4'. The not-kid-friendly Wick is currently in production and, as always, under some secrecy. 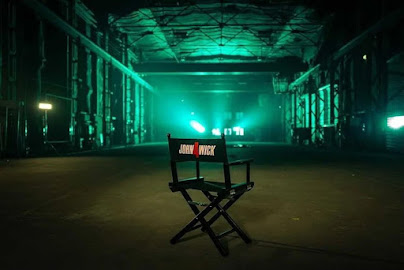 We do know that Clancy Brown will be in the next installment but we don't know if he will be a baddie or good guy. Best known for his 'Shawshank Redemption' role, Brown has appeared in numerous films, TV shows, and voice-over roles in movies and video games.

Reappearing in 'Chapter 4' will be Ian McShane as Winston, Lance Reddick as Charon, and Laurence Fishburne as Bowery King.

The Mouse Fires Back at The Widow

As a follow-up to last week's post on the legal dispute between Disney and Scarlett Johansson regarding the profits split from The Black Widow film, the battle escalated this week. 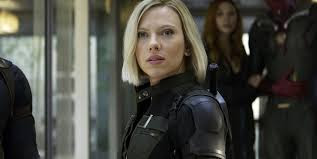 Johansson continues to lead the charge on the movie industry's short-changing the stars on the release of movies on both the silver screen and stream on a day-and-date basis. Just in the past two weeks, Disney released 'Jungle Cruise' in tandem at cinemas and on Disney+. Warners did the same with 'The Suicide Squad' on HBO Max.
According to Disney's legal beagles' language in Johansson's contract claims it is the prerogative of the studio to decide how best to release a new film. However, the star's legal team claims Disney's decision to put 'The Black Widow' prequel on Disney+ cost her bonuses that would have been hit if the movie only had an exclusive theatrical window. There have been talks between the two sides but nothing has been agreed to and the battle continues.
This case is being closely followed by all sides of the industry, as it is the first time a star is pushing back on the simultaneous release scheme - which seems to benefit the studio at the cost of the actor. The Screen Actors Guild is siding with Johansson. In a press release, SAG stated, "We are deeply concerned by the gendered tone of Disney's criticism of Ms. Johansson. Women are not "callous" when they stand up and fight for fair pay - they are leaders and champions for economic parity."
Whatever the outcome, this case will set a precedent of how upcoming films will handle the profit sharing.

The Rich Sue The Richer: Scarlett Sues Disney Over Streaming $$$

The big uproar is H'wood at the moment is the fact that the A-listers aren't getting their fair share of the 'entire' box office gross. 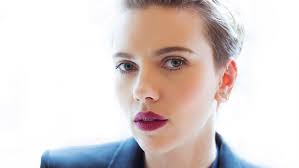 The most recent example is Scarlett Johansson, who picked up a $20 million paycheck for 'Black Widow' says she deserves more! According to Johansson, Disney owes her big time. This stems from the battle regarding H'wood stars getting paid when movies are released and streamed day-and-date, as was 'Black Widow'.

Scarlett's contract calls for her to get a salary plus a share of the gross box office, but with streaming from Disney+,  Disney says no dice. Compensation is only from the theatrical release.

Netflix, for example, side-steps this issue by paying big bucks up front. Disney, however, views it differently and feels actors should be paid a salary plus box office take.

This whole scenario is a lose/lose. The outcome will be something like this: Disney will settle with Johansson. Otherwise, it will find itself being sued by actors again and again. On the flip side, Scarlett appears greedy and not superhero-ish.

Posted by Cinema Mucho Gusto at 11:06 AM 0 comments