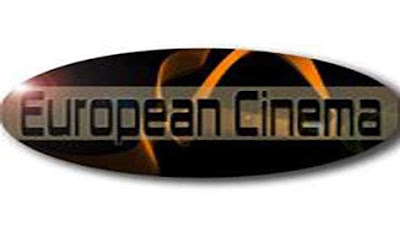 Neo and Trinity Are Back

The 'Matrix 4' is scheduled to start production in July. The fourth, in the very successful Matrix saga, will feature both of the original stars - Keanu Reeves and Carrie-Anne Moss as Neo and Trinity.

The '4' is scheduled for release in 2021. The film is being produced, directed, and co-written by Lana  Wachowski (who with her sister, Lilly, wrote and directed the original trio of films).

Keanu Reeves (56) has always been a reclusive A-lister but has had a very successful career. The 'John Wick' franchise, in which he stars, was to release the fourth film this summer/fall but has been now rescheduled for release in 2023. CMG would be surprised if this release date holds. Reeves also owns a motorcycle company, Arch Motorcycles, which builds and sells custom bikes - there's a long wait list if you'd like to buy one. Reeves is one of my favorite stars for his unconventional role selection and his non-limelight lifestyle.

'Matrix 4' will be a huge box office earner and we look forward to seeing Neo and Trinity on the screen once again. They will be joined by Yahya Abdul-Mateen, Neil Patrick Harris, Brian Smith, Toby Onwumere, and Johathan Groff.

MoviePass, the ill-fated cinema subscription service, is going to be auctioned off and it could be all yours for as low as $250,000.


CMG predicted MoviePass's demise way back in 2018 and in posts that followed re-enforced our premise that the company had no future (see 8/1/18 'MoviePass: Near Death', 2/29/19 'The Predictable Death of MoviePass', and 9/17/19 'MoviePass: The Resurrection').

Once valued in the tens of millions, the bankruptcy filings valued the company at $1 million - lock, stock and barrel.

It is unclear to me as to who would want to buy the MoviePass carcass. According to the court filings, the assets include all of the proprietary software and code used by MoviePass for the operation of its mobile app, its website, five domain names, trademarks, and three patents. What is not included is the personal information of its members, such as email addresses, which one could argue is the most valuable asset the company retains.

To bid on MoviePass your submission must be received by Cassel Salpeter & Co., the bankruptcy court's trustee, by 5pm ET on June 18th. The auction is scheduled to take place telephonically on June 25th.

The feud between Universal Pictures and the major cinema chains goes well beyond the movie experience. 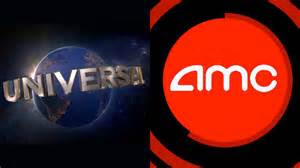 Universal, owned by NBC (which, in turn, is owned by Comcast Communications) last week proclaimed that they would be offering more and more first-run films on a video-on-demand (VOD) basis. This edict brought out a tit-for-tat from AMC Theaters (the largest cinema chain in the U.S.) which stated it would no longer be exhibiting Universal movies at any of its theaters. Then, in unison, Regal Theaters' parent Cineworld jumped-in announcing that they would join AMC in boycotting Universal pics. Later in the week, AT&T, parent of Warner Bros., came out in support for Universal stating, "there was a need for a reworking of the theatrical model." 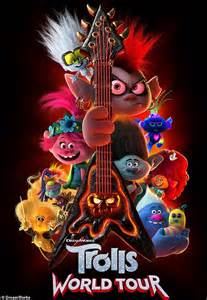 It's no secret that the studios and theaters are both in very poor financial condition, but the theaters are worse as they have no other revenue drivers sans the box office. The studios have VOD, and add-ons: merchandising, cable and airline fees, and streaming.

The rift started when Universal offered 'Trolls:World Tour' on VOD. Well, no big deal thought the circuits, as all movie theaters were shut-down due to the virus. However, in three weeks, the 'Trolls' had racked-up $100 million in rentals - and the exhibs knew they had made a huge mistake in not battling Universal's release scheme for that film - for if VOD became the norm it would be a kill-shot to the exhibs. Meanwhile, the studios are sitting on billions in unreleased movies and productions that are at a standstill.

CMG has been predicting the eventual day-and-date release of movies via VOD, streaming, and cinemas; however, skipping-over theaters and going directly to release via online formats is not in the best interests of the movie industry. Of course, the outcome of all this depends entirely upon the public. CMG believes the public cares about theaters, and they want to be able to "go to the movies."

As movie theaters across the U.S. began to open, experimentation is taking place. Using airport security-style check-in seems to be the norm for cinemas. Moviegoers line-up at the front door where their temperatures are taken via infrared thermometers (about $50 each from Amazon). Anyone with a temp above 100.4F (38C) is turned away.

I believe it is very important that early attending patrons feel safe and protected. Most early openers are restricting capacity to 25% per screening.

Another issue to be dealt with is a lack of product. Some cinemas are opening with "Trolls World Tour" and films, such as "The Hunt" and others that were released just before the shutdown such as "1917" and "Parasite".

Think of your cinema's reopening as psychological vs. profitable.  You're providing the first "big escape" for your patrons and your employees (who are very eager to return to work). Follow all of the protocols and even expand on these. You may want to offer discount admission to entice attendance.

Keep these issues in mind:

- Reduce touch-points on food service
- Curtail cash transactions, as much as possible
- Distance spacing is requisite
- Masks for patrons, your call
- Masks for employees, a must
- Act quickly with protocol offenders

Early reports are that theaters announcing there reopening have pre-sold between 25-30% of available seating for upcoming shows.

- All cinemas in Norway are scheduled to reopen on May 7th. Although, like Sweden, cinemas were never obligated to close during the virus shutdown.  It was left completely to the theater owners as to whether or not to close - and most did.

- Imax was slammed by the virus as it had to close all of its movie exhibition worldwide. Imax, which licenses its technology to theater chains are at the mercy of the theater owners regarding reopening policy.