Fast and Furious Drives Under the Radar
With over a $3 billion franchise gross F&F is now in the elite of movie blockbuster moneymakers, and it appears to have accomplished that feat without a lot of Hollywood hoopla.  It is simply a case of giving F&F fans what they want - more and more of the same.  As Director Justin Lin says,  "This is the only set on earth where I can wreck 250 cars and no one bats an eye."

Given its past success, it was no surprise when Fast & Furious 6 raked in over $122 million stateside - a Memorial weekend record breaker - and an additional $200 million overseas and dominated over The Hangover, Gatsby, Star Trek, and Iron Man.  The draw of the franchise is that it remains true to its theme and the core cast (which has a huge fan following) remains. Diesel, Walker, Johnson, Rodriguez, and Brewster cast perfectly and appeal to fans as 'family'  (if you don't know who I'm taking about you're not a F&F fan). And the fan base is maybe not what you think.  F&F-6 moviegoers were 51% male and 57% over 25.

F&F-6 will gate at least $500 million at movie theatres globally - as it is a franchise that bridges social and national biases. It has found huge success in filming over-the-top, best in the business, action scenes coupled with a strong cast and plausible scripts.

Best thing about Fast & Furious - there is no end in sight! Behind the Candelabra, a film about the life of Liberace, includes Matt Damon as Scott Thorson, Liberace's long-time lover and soul mate. The movie, based upon Thorson's book of the same name, will debut at cinemas on June 7th, however, Scott Thorson won't be able to view it as he is currently an inmate at the Washoe county jail in Reno, Nevada.

Without doubt, in this case, Truth is really stranger than Fiction. In 1977, Thorson, then 17, moved in with Liberace, and showered with gifts and a life style beyond anything Thorson could have ever imagined. He was both Liberace's boy toy and son all rolled into one.  This relationship lasted until 1982 when Thorson was abruptly ousted by Liberace due to Thorson's use of drugs - the two later reconciled before Liberace's death in 1987.  But Thorson went on and the trick to following his life is separating the strange from the unbelievable.

Currently in jail, Scott Thorson (now Jess Marlow, as he claims he changed his name when he entered the Federal Witness Protection Program - which is refuted by  Federal Marshals and makes sense as Thorson ended up at the Haven of Rest, a homeless shelter in Tallahassee, Florida).  At the Haven, Thorson found religion and became a popular evangelical often discussing his life with Liberace. Thorson's story goes on from there and could easily, in itself, become a movie.

Of his relationship with Liberace, Thorson has only to roll up his sleeve to reveal a tattoo with the name 'Liberace' surrounded by floating musical notes, plus the years that Liberace lived and a yellow rose.  "His favorite color," Thorson says.

Liberace was one-of-a-kind. A very talented pianist who intertwined his flare for extravagance into his showmanship and persona.  With an imitation following that includes Elvis, Michael Jackson, Elton John, and Lady Gaga just to name several he will last as a flamboyant figure in entertainment history.

Posted by Cinema Mucho Gusto at 9:11 AM 0 comments 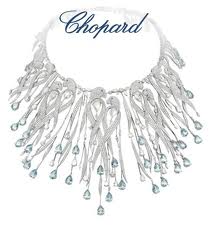 According to French police, $1million of jewellery - to be worn on the red carpet by the 'stars' - was swiped yesterday from the Novotel Hotel room of a Chopard employee.  The jewels were in the room's security safe which was broken into and the cat burglar(s) escaped without a trace.

Chopard was the festival's favorite among jewellery designers and had been providing 'bling' for the stars at Cannes for the last 16 years.  So far, French authorities have no leads regarding the whereabouts of the jewels or who is responsible for the heist.

Speaking of Cannes, some say Art and Business never mix - but in the case of the Cannes (pronounced "Can") Film Festival (the world's most prestigious) and Hollywood it seems the two are very compatible bed fellows.  It's just a question of who is seducing who.  In its 66th year this week, the Cannes Fest has, in my mind, become a promotion vehicle, be it a very upscale and glamorous one.  Yes, they will throw in the occasional controversial docu or the steamy indie, but, by and large, Cannes exhibits and promotes what Hollywood wants and tows the line pretty well.  Why? Because that is where the bucks are and the stars gravitate to - like planets around the Hollywood sun.

It's good for the studios to use Cannes as a promo vehicle - it fits into their marketing model perfectly.  Forget about the heavy European films with character and plot, Cannes is now all about, action, animation, and 3D.  And, to be fair, this is exactly what the moviegoing public wants. But does Cannes risk of losing the independence it so prides itself on - maybe yes, but that independence comes at a cost and Cannes itself doesn't want to give up its 'stardom'.  Film festivals need stars -  without stars there is no 'press', without press, no publicity, no panache, no glitz, no glamour.

Hollywood runs Cannes, like it or not, but the 'seduction' continues becomes it makes good 'press'.

The Value of  'Rejected' Movie Posters 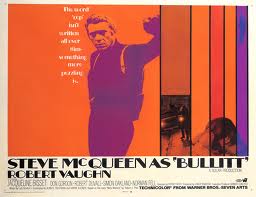 Movie posters are very collectible.  Value is based upon genre, scarcity, popularity of movie, age, etc. Some posters can fetch tens of thousands of dollars, but what about the posters that didn't make the 'cut' ? Bill Gold,  had a 70+ year career as a movie poster artist, creating posters for over 1000 movies - from Casablanca to The Unforgiven.  Gold's work spans the decades and now, via an online gallery, his 'rejected' posters are on display (www.movieposterdb.com).

Back in the day, Gold's 'first art work' (if rejected) remained his property, and in some cases there were 20 or 30 versions before the studio would 'green light' the final version.  Many of the originals, which are on display, are starker, edgier, and more realistic then the toned-down and image cramped final approved posters.

Gold's final poster was the the 2012 film 'J. Edgar', directed by Clint Eastwood and starring Leo DiCaprio. It's my guess is that these 'rejected' posters may be more valuable than the originals given their rarity.  Best of luck Bill!

Small-town Cinemas : A Question of Survival

For small town cinemas the conversion to digital projection is all about surviving.
As a seller/integrator of D-Cinema systems, I have witnessed, first-hand, the financial troubles many community cinemas face.  Serving their local community day-in/day-out for decades and functioning as a main-stay to small-town Main Streets across the U.S. these businesses are, in many cases, the heart of the community.

Unfortunately, some won't survive the digitization of movies simply because they cannot afford the cost - typically $65-70,000 per screen - so, in response many have resorted to a myriad of novel, and in many cases, successful funding tactics to prevent closure.

Private labeling seats, auctioning off the naming rights to auditoriums, holding community bake sales and barbecues. Selling raffle tickets for free concession and movie passes. Allowing, for a fee, patrons to be Theatre Manager for the day or have their names marqueed for birthdays, weddings, or anniversaries.  Whatever it takes - to make the fund raising a community affair.

Another way independent cinemas have fund raised is through Kickstarter - the on-line company whereby people (local fans or anyone) can donate to specific projects. Kickstarter has raised more than $1 million to aid small-town cinemas to purchase digital equipment.  Donors pledge small amounts, typically $25.  The donations are redeemed only if the campaign reaches a declared goal by a certain time. Kickstarter receives a 5% fee.  According to Yancey Strickler, co-founder of Kickstarter, "Most of the movie theatre fund raisers have been successful. The ability to keep these theatres open and ingrained as part of their community is something that people are happy to do."

Half of the U.S. populace live in small towns.  Their only means of getting movie entertainment is at the local cinema and they want to keep it and, for the most part, they are willing to assist anyway they can to keep a vital part of their town alive.


World War Z - the zombie festooned flix extravaganza scheduled for release in June - may well turn out to be the biggest cinema flop ever. With a budget exceeding $400 million and a mountain of negative pre-release scuttlebutt, WWZ may be zombie crazed Hollywood's  biggest casualty ever.

With a twice re-written script and a convoluted ending, this horror epic - the movie rights owned by Brad Pitt who is the film's lead character, as well as, exec producer - may still work at the boxoffice if the special effects (which are reported to be 'the best yet') satisfy audiences. Still, that big $ price tag is a giant hurtle so the goal, at this point, may be to recoup in an extremely successful (Paramount hopes) theatrical after-market.  It's rumored that the final (new) version of the film is "less spectacular" but more "emotional" and fits into Paramount's insistence that the film carry a PG-13.  We're all hoping for the best as the boxoffice needs a boost.

A great docu film, When China Met Africa, highlights an issue not heard about, if at all - China's economic colonization of Africa - which has been ongoing for over a decade.  China's goal is the extraction and exploitation of Africa's natural resources. The scheme goes like this, we (Chinese enterprises) will build Africa's infrastructure and you (African nations) will supply us with natural resources. Great for China, not so good for African states.

If you have an opportunity to view When China Met Africa do so, it's enlightening and spot-on in detailing the nuances of geo-political maneuvering by an economic super power.

Hollywood 'Bends Over' for Chinese Market 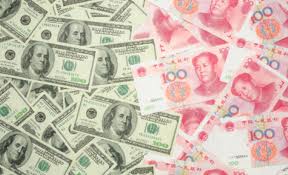 Since we're on China I wanted to discuss Hollywood's adaption of films to satisfy the Chinese market and comply (and closely work) with the Chinese government censors to comport to their social and political demands.

Hollywood, more and more, is placating to the Chinese government wishes to produce alternate cuts of films distributed to Chinese audiences.  China allows just 34 U.S. movies (foreign imports) annually into the Chinese cinema marketplace to compete for China's ever increasing cinema market - which is now second worldwide.  The question, however, is: if all of this placating equates to increased boxoffice admissions or do Chinese moviegoers consider it a juvenile and transparent ploy to induce their attendance.  I believe China is determined to have a thriving, home-grown cinema industry.  It's learning, from Hollywood, the latest film production and post-production technologies and techniques.  This knowledge, coupled with digital movie distribution, makes it a no-brainer for the Chinese in developing a cinema industry.  With seven new screens being opened per day, and distribution by a few 'state approved' exhibitors, the circle will be complete.
Posted by Cinema Mucho Gusto at 5:00 PM 0 comments