FILM BOOKERS - DO THEY HAVE A FUTURE?

Does the independent film booker have a role to play in the digital cinema age?  Will the film booking business model follow the fate of the video store or travel agency - or will they continue to operate unscathed by the digital domain? 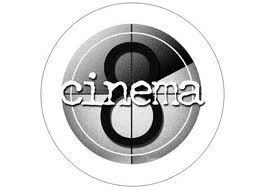 My thought is that film bookers will have to dramatically change their modus operendi - or they will become victims to the relentless change the cinema industry is undergoing in its digital transition.

Film bookers are paid by theatre owners to make distribution contracts with movie studios on their behalf.  Historically, the most important term of the contract was the percentage of ticket sales that went back to the studio.  The booker also negotiated the commitment that applies to each movie.  The commitment being the minimum number of weeks that a theatre must screen the movie.

The purpose of a film booker is to advocate for his client (the theatre owner). To accomplish this the booker has to have a very good working knowledge of what movies 'play well' based upon each theatre's demographic.  They must also 'spot' sleepers (movies with unrecognized potential) to maximize their client's profits. Traditionally, the job of the booker also included the overseeing of the shipment of the film to the theatre (the cost of which is incurred by the theatre owner).

Film bookers aren't required to be licensed and work under a variety of arrangements. For example, it is very uncommon for a film booker (unlike a talent agent) to work for a percentage of ticket sales.  It is much more common for a film booker to either be a salaried, in-house employee for a cinema chain or be an independent booker.  Independent bookers charge a flat fee for their service - usually so much per screen per week or per movie.

The 'edge' bookers have is that they are booking for any number of cinemas which should give them 'buying power' with the studios.  However, that power has diminished with the industry's transition to digital operation to a point where 'buying power' is almost non-existent.  More and more, there is no negotiation between the booker and the distributors.  The distributor simple sets the terms and its "take it or leave it".  Even the traditional 'gross split' which went in favor of the exhibitor as the movie played-out is gone.  Replaced now by the 'aggregate' rule - whereby a flat percentage of ticket sales is charged for the entire run of the movie.  The aggregate is very prevalent and used more and more on major films.

Given this scenario, and as the cinema industry becomes more dependent on the digital domain, why would a theatre owner require the passe services of a  film booker? Currently, most movies are distributed via hard drive to theatres by the studios or surrogates like Technicolor.  It costs the studios $5 for the hard drive. In the future, movies will most likely be distributed via satellite or over the internet which cost 5 cents.  Could not the studios present a menu of movies and other content to theatre owners which, in turn, would select from that menu (play list) the content they want to exhibit?  The play list would be specific to each cinema, ie first run, second run etc. The terms would be set for each movie (as they are now) by the studios without negotiation. There would be no limit on availability of  'prints' and no need for a booker, as it would only take the theatre owner minutes to 'book' a movie.

The future seems clear.  Traditional film booking agencies will have to embrace new services and expand their product portfolio to survive. They will have to become more relevant by offering new and (in most cases) untried services and systems directly tied to the revenue stream of their theatre clients.  The good-old-days of  booking movies for a fee will no longer be a viable business - or for that matter, even exist.