U.S. cinemas are opened. The studios are finally releasing quality content and this summer will be a killer box office. The public is ready to get back to "the movies".  There is a lot of pent-up demand, and the folks want to get out and return to some level of normalcy. 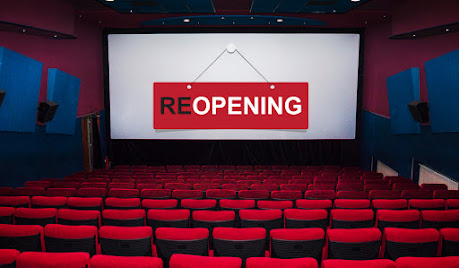 The COVID was hard on the movie industry, particularly exhibition, as cinemas were closed for months on end. Getting back is great but there are some changes that have taken place. The biggest one being the 'adjustment' in the theatrical release window.

The 90-day exclusive theatrical release window died. A victim of the pandemic. The new window is now 45-days. The virus allowed the studios the opportunity to play with various release models. From day-and-date with streaming to direct to streaming. Exhibitors had no leverage over the release changes as they were shuttered. 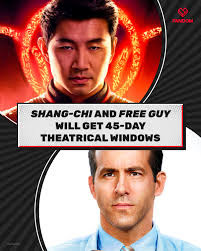 Cinemas defended the 90-day exclusivity but the reality is that movies make over 70% of their gate within the first three weeks of release. So, the 45-day window shouldn't cause any panic for exhibs.

Post-pandemic the cinema industry will be as vibrant and vital as ever. I believe people will appreciate the cinema experience more than ever, having lost it for almost two years. Hollywood is set to go and there is an inventory of blockbusters for release.

Look for an outstanding summer and a great holiday season - the cinema is BACK!

Posted by Cinema Mucho Gusto at 5:42 AM