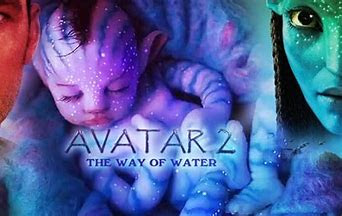 After waiting 13 years for its sequel, the original Avatar remains the highest grossing film of all time at $2.92 billion.

By now, anyone with even a passing interest in the cinema know that Avatar sequel Avatar: The Way of Water is going to be released this December.

Rated a kid-friendly PG-13, The Way of Water will be screened in both 2D and 3D and has a run time of 3+ hours. It will be the biggest box office earner in 2022 and hopefully will exceed the gross of the first Avatar.

Disney obtained the Avatar franchise after it acquired 20th Century Fox, in a deal that finalized in 2019. This film, which includes a lot of underwater scenes, will open worldwide on December 16th.

James Cameron brought back all of the stars from the first Avatar (Zoe Saldana, Sam Worthington, Sigourney Weaver, Stephen Lang, and Michelle Rodriquez) who will be joined by newcomers Vin Diesel and Kate Winslet.

In addition to Way of Water, three more films will be screened each with standalone plots but centered around the main theme of the franchise. The cost of all five films is estimated at over $1.2 billion.

Avatar 3 will be released next December, with #4 in 2026 and #5 in 2028. As Cameron shot all of the 4 sequels simultaneously the main cast members remain the same throughout all of the 5 films.