"I've been on sets for 40 years and the person that hands you a gun, the person that is responsible for the gun, is either the prop person or the armorer, PERIOD." quoted George Clooney. 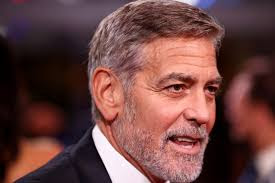 In the case of the fatal shooting on the set of  'Rust', assistant director David Halls handed the gun to Alec Baldwin - who never checked the gun. Supposedly, Halls told Baldwin it was a "cold gun". Clooney called that a term, "I've never heard".

Clooney was very outspoken about the fatal shooting. "Every single time I'm handed a gun on the set... I open it, I show it to the person I'm pointing it at, I show it to the crew. Every single take, you hand it back to the armorer when you're done and you do it again for every take. For the life of me, this low-budget film with producers who haven't produced anything wouldn't have hired, for the armorer, someone with experience is insane and infuriating." 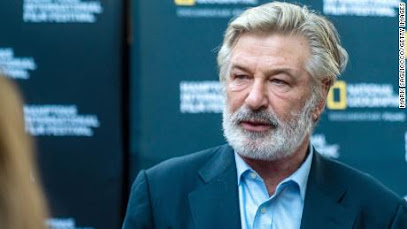 Baldwin is in a heap of trouble

Alec Baldwin, who was one of the producers of 'Rust', is now claiming he never discharged the gun that fatally shot Halyna Hutchins and wounded Joel Souza.

"Every film/TV set that uses guns, fake or otherwise, should have a police officer on set, hired by the production, to specifically monitor weapons safety", says Baldwin.

No Alec. You just need to follow the protocols and be smart and not cheap-out on crew and staff. Hire good and experienced prop people and armorers and make sure the person holding the gun checks it BEFORE it is used. This is basis 101 gun safety. NEVER point a gun at anyone no matter what and ALWAYS check to see if it is loaded and with what.

The great irony of all this is that an activist group, BLD PWR, an arm of Black Lives Matter, demanded that the studios stop using police on all movie and TV sets. Citing police brutality and racism. The Group wants Hollywood to divest itself from the use of police ties and push the industry to invest more in black productions.

CMG says, if black or other ethnic films made money, they would be produced all day long. Fact is, the color Hollywood is most concerned about, like all businesses, is GREEN. Another fact, the black community is the worst of all moviegoing demographics.