"I Didn't Pull The Trigger"

Things got a lot worse for Alec Baldwin this week as a warrant to search his cell phone was issued.

In the continuation of the investigation of the fatal shooting on the set of 'Rust', the lead investigator, Santa Fe Detective Alexandria Hancock stated that she had asked Baldwin and his attorney to voluntarily turn over the phone, but her request was refused. She was told by Baldwin's attorney to "get a warrant." Which she did!

Hancock also indicated that in a search of Halyna Hutchins' (the cinematographer that was killed) phone found conversations regarding the protocols during the production of 'Rust' that went back to July 14th. 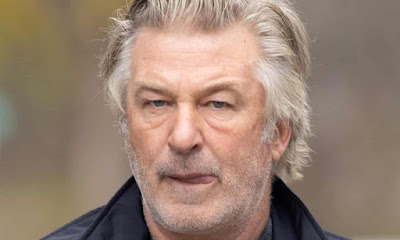 Alec Baldwin in a world of hurt
The affidavit for the warrant included details of Baldwin's initial interview with detectives. In that interview, Baldwin stated that he had exchanged emails with Hannah Reed, the armorer of the production, about what type of gun was to be used and that he selected the Colt .45 used in the fatal shooting.

In an interview on ABC, Baldwin stated, "it's highly unlikely that I would be charged with anything criminally."  Hmmm...not so fast Alec. So far no charges have been ruled out and criminal negligence and 2nd-degree manslaughter are not far-fetched charges in a case such as this.

The warrant included all voice, text, photos, videos, call history, contacts, and GPS date regarding anything to do with the 'Rust' production.

CMG thinks Baldwin is in a world of hurt.

In a related story, the Head of Lighting on the 'Rust' production has filed a lawsuit over Baldwin's fatal shooting, alleging negligence that caused him "severe emotional stress that will haunt him forever." 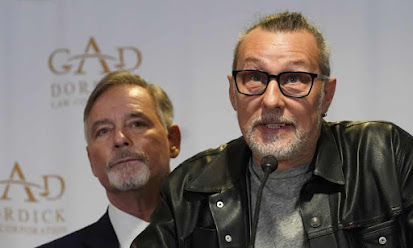 The suit, filed in Los Angeles Superior Court, names many, including Alec Baldwin, who was a star and a producer of 'Rust". Svetnoy stated that he had seen guns setting unattended in the dirt and had warned the people responsible for them.

"I felt a strange and terrifying whoosh of what felt like pressurized air from my right. I believe I felt gunpowder and other residual materials strike the right side of my face."