In their quest to appease ultraliberal social norms and dictates both Disney and Netflix have gotten on the wrong side of history.

Last year I authored an essay entitled "Woke Don't Work" , in it I explained that adoption of woke causes does nothing to enhance a company's revenue and may, in fact, hurt it. How much pain will Disney and Netflix suffer from their woke posturing is significant.

Let's take Disney first. Over the last decade, Disney has become more liberal in embracing social causes and woke positions. Yesterday, that all came to a head when the Florida State Legislature passed a bill ending Disney's special tax privileges and self-governing perks that were established years ago when Walt Disney was building Disney World. Repealing these corporate perks will cost Disney tens of millions.

This all occurred last month when Disney went full-out in denouncing a State law that prohibited elementary schools from teaching sex education to children 8 and under. Disney received wide condemnation for this. Why Disney management feels the need to get involved in these woke issues is beyond reason.  However, they will suffer the consequences. Disney stock has gone from a high of 185 to its current price of 121 or a 35% loss in value over the last 12 months, my prediction is that it will trend lower given its social posture and the inflationary economy we find ourselves in - which is principally due to the Biden administration's war on fossil fuels. 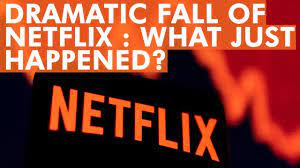 Netflix has faired much worst. Their capitulation to Hollywood's wokism by producing content that is geared toward the left politically has gotten Netflix a decrease in subscriptions for the first time in its history. Its stock price bears this out. Over the last year Netflix stock price has gone from $687 to $218 or an eye-popping 69%.

Corporations need to learn that taking on social or political issues is risky and does not to enhance their bottom line or their acceptance by consumers. Being good corporate citizens is a must for any company of size but totally embracing left-leaning political causes is dangerous and demonstrates a high degree of mismanagement.

Wokism can be used as a marketing tool but with the caveat that its use rquires carefull research and a light touch.