Cannes, Not So 'Cheeri' This Year 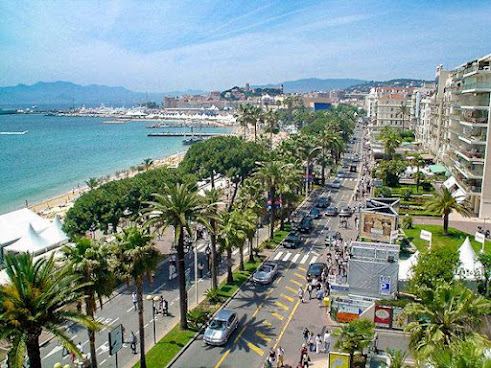 Cannes is an idyllic place. Picturesque, with a deep-blue sea cascading on a crescent-shaped beach, all surrounded by beautiful resorts, hotels, inns, homes, cafes, and 3-Star Michelins.

Cannes is the perfect spot for the top-tier glitterati of the entertainment world, rich moguls, jet-setters, and mega-yacht owners to spend a few days enjoying each other's company, back-slapping, and presenting one another kudos and awards. An opportunity to see and be seen by the very top of global media. 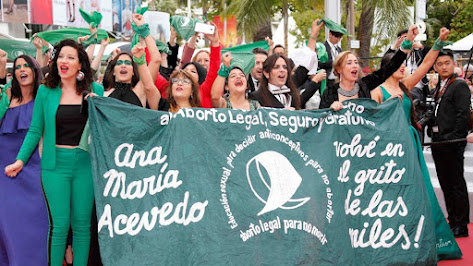 But, like many things in life, Cannes is but a facade (like a Hollywood set) where behind the scenes lurks a much less tranquil and beautiful side. Unfortunately, or fortunately (depending upon which side you're on) this year's festival was festooned with protests, malcontents, and disrupters. 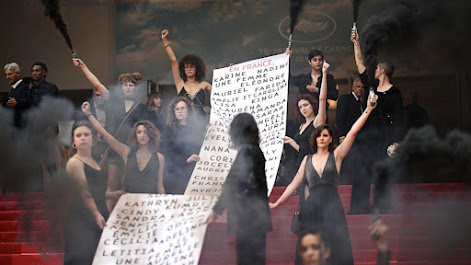 Dressed all in black, women from the feminist movement Les Colleusesa walked the red carpet with the names of women who were victims of domestic violence since the last Cannes festival. They filled the air with thick, black smoke to reinforce their claim to be noticed.

This event took place two days after a topless woman stormed the red carpet protesting against sexual violence. The words, "stop raping us" were written in paint across her abdomen. She ran screaming down the runway until security took her away. 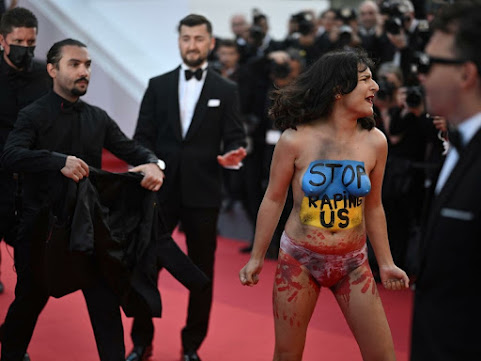 These incidents were just those that got to the red carpet there were many others outside the parameters of the festive.

Cannes ain't what it used to be. But, hey, join the club. Everything in every society around the world is polarized. Everyone has picked their spot on the spectrum and is going with it. Nowhere (and no one) not even Cannes can escape.

Posted by Cinema Mucho Gusto at 11:54 AM