Last Monday, Harvey Weinstein filed an appeal of his New York State conviction on sexual assault and rape charges, arguing that the judge made numerous errors that "resulted in a rigged trial".

Weinstein, 69, was convicted in February 2020 with two counts of 3rd degree rape and one count of 1st degree assault. He is serving a 23 years sentence with his earliest parole being 2039. 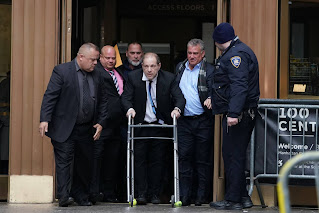 He is also awaiting extradition to Los Angeles to face an additional 11 counts that carry a potential sentence of 140 years.

It should be noted that New York State Governor Andres Cuomo, also being investigated on sexual misconduct has retained Weinstein's legal council.