China Cracks Down On Fan Culture

China's Internet and Media watchdog  'Cyberspace Administration of China' last week issued a pair of notices regarding information decimated over the internet and in films.

In the first edict, CAC said that it would take punitive action against the spread of harmful information in celebrity fan groups and clubs by shutting down its sites and online channels.

In the second edict, the CAC announced draft regulations for internet 'recommendation algorithms'. It is going to halt algorithms that encourage users to spend large amounts of money or spend money in a way that "may disrupt public order." Internet companies must make it harder to create fake user accounts and make it easier for users to turn off  'recommendation' systems.

Chinese authorities, across a multitude of ministries and departments, are in the midst of a campaign to reign in the country's tech giants. They regard them as having grown too big, having infringed on user privacy, and encouraged vulgarity, anti-social behavior, and pop culture.

Media moguls and celebrities are being targeted. Authorities are seeking to cap celebrity pay packages and are threatening lifetime bans as punishment. 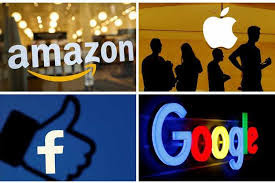 U.S.-based internet and media giants should be looking over their shoulders as their so-called 'self-regulation' isn't working. I anticipate that at some point in the future these giants may be broken into various pieces with much less social power and presence.

Posted by Cinema Mucho Gusto at 9:51 AM