You knew it had to happen. Now, you too can play at being Mad Max, as 13 of the 'crazy' modified and chopped vehicles from 'Mad Max: Fury Road" are up for sale and going to the highest bidder. 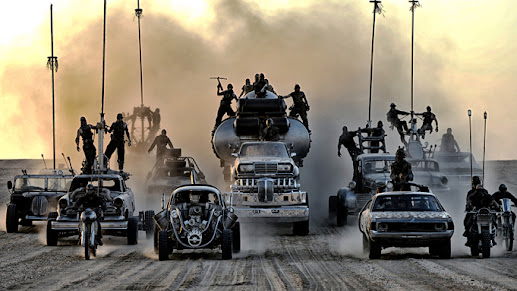 Lloyds Classic Car Auctions will be auctioning off the post-apocalyptic vehicles. Blown, super-turbo charged and armed to the bumpers the machines that outran the end of civilization have been unearthed in the biggest barn-find ever.

Termed, vehicles from hell, and designed for death and destruction all of the iconic vehicles from the film will be up for grabs. Even, The Doof Wagon, known in the film as the 'morale machine' that was used to rally troops and shown with mounted drummers and a fire-breathing electric guitar.\

Bidders will have just two days, September 25th & 26th, to make their secret bids. Winning bids can be paid in any currency including Bitcoins. Shipping is extra.

These are over-the-top rat rods and a piece of H'wood history.