Timepieces as Props: Real or Fake? You Decide

In many films, timepieces and watches are very often used as center-piece props. Are they real or fake? It all depends on the movie. 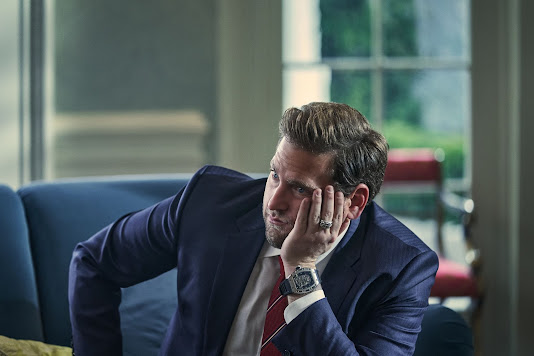 In the photo above, taken from the movie "Don't Look Up", Johna Hill is wearing a Richard Mille RM52 Skull Tourbillon. The watch is prominently displayed in the scene but it is fake - the real Mille sells for $600,000. This did not go unnoticed by watch aficionados who filled the internet with posts regarding the 'counterfeit timepiece'.

Fake watches are often substituted for real ones in movies, one because of the cost to rent the real ones, two because of the risk of them 'going missing' from the set, and third, they may be damaged during filming.

However, there are times when nothing but the real will do. For example, in "Crazy Rich Asians" a pivotal scene occurs where only the best, and real, could be used. In this case, the borrowing of a Newman Rolex Daytona (one was last sold at auction for $17.8 million). It is sometimes the details that make the film much more realistic.

Sometimes studios will make deals with manufacturers, making them the official timepieces of the movie, for example, Omegas used in the Bond films. Unless you're a watch geek you wouldn't have noticed that Elvis wore a Hamilton Ventura (a Swiss watch that Presley wore for years) in "Blue Hawaii". In fact, many watches are sold based, in part, because they were viewed in a favorite movie.

So, the next time you're at the movies check out the watches and other timepieces. Can you tell the difference between real and fake?