Films based upon Web3 components will begin to dominate the box office!

That's quite a statement for me to make but I truly believe films based upon NFTs, Discords, and metaverses will eventually dominate the cinema box office. The beginnings of this evolution are starting to coalesce and represent a new wave of big-screen viewing. 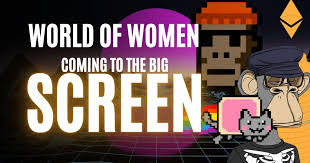 Several films based upon NFT collectibles are already in production. The Bored Ape Yacht Club series and the World of Women series will be screened in cinemas by next year. And many more, let's call them CryptoFilms, are in the works. Celebs like Reese Witherspoon, who is producing the World of Women film, are instigating and backing these projects.

One very interesting CryptoFilm will be a biopic called "The Infinite Machine" which adds a metaverse component to the mix. This film (which is based on a book of the same name) tells the story of Vitalik Buterin, which anyone in the Web3 community knows was the developer of the Ethereum blockchain and the Ethereum crypto coin (the second most valuable digital currency next to Bitcoin).

Vitalik was 19 when he developed the Layer 1 Ethereum blockchain which has become the blockchain of choice when trading NFTs. He conceptualized the Ethereum blockchain in 2013 which went live in 2015. The film's associated NFT collection (which has already been in two pre-film sales with more to come) is a series of ETH logos from no less than 36 artists from around the globe. These original images are then enhanced (using an auto-imaging program) into 10,499 unique NFTs.

Decentraland, a virtual metaverse that uses an open-source protocol to run its blockchain, is managed as a DAO (a Web3 decentralized autonomous organization). The agreement between Versus, the film's production company, Ridley Scott's Scott Free Productions, and Decentraland envisions that the film and its NFT collection will be developed and integrated into the Decentraland metaverse.

Lumiere, a Hong Kong/Singapore-based entertainment specialist, will be tasked with developing and integrating the experience of the film and engaging its audiences into the Decentraland metaverse. 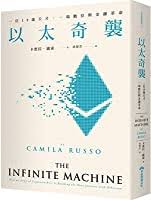 The film industry's outreach into the metaverse will be immense and films such as "The Infinite Machine" will bolster mainstream audiences' further acceptance and understanding of Web3 and all of its many facets.