Cine'polis, the Mexican cinema chain, announced that a new venue will offer waiter-service throughout a new 12-plex luxury cinema complete with a 300-seat IMAX auditorium. 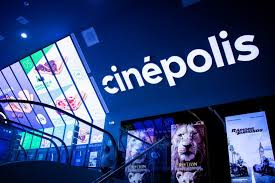 Scheduled to open in the spring of 2023, the Inglewood, CA location will be adjacent to the SoFi Stadium, home to the LA Rams and the largest NFL stadium with over a 70,000-seat capacity. Dubbed the 'Luxury Cinema', this will be one of the world's only dine-in IMAX theaters.

The biggest challenge according to Olloqui was figuring out waiter service for the IMAX. With its 300 seats, the auditorium is often sold out during the first several weeks of a film debut. The service has to be fast, courteous, and delicious - that's a big challenge in terms of service and a right-sized kitchen. All of the food is prepared from scratch.

The lobby will have the look and feel of a 5-star hotel. Cine'polis's strategy is that it has to compete against the streaming platforms and not other cinemas. Therefore, the cinema experience must offer a combination of large screen size, top-quality sound, comfortable chairs, and impeccable service. A very different experience than home-viewing.

The name Cine'polis translates to 'City of Cinema'. The chain has 427 theaters and it's the world's fourth-largest cinema chain with over 6,200 screens.

If you read CMG with any regularity, you know I have a firm belief that the cinema is in the beginning of a major comeback as an entertainment destination. This belief is based upon a whole variety of reasons and it appears Cine'polis is in agreement.

Posted by Cinema Mucho Gusto at 10:14 AM